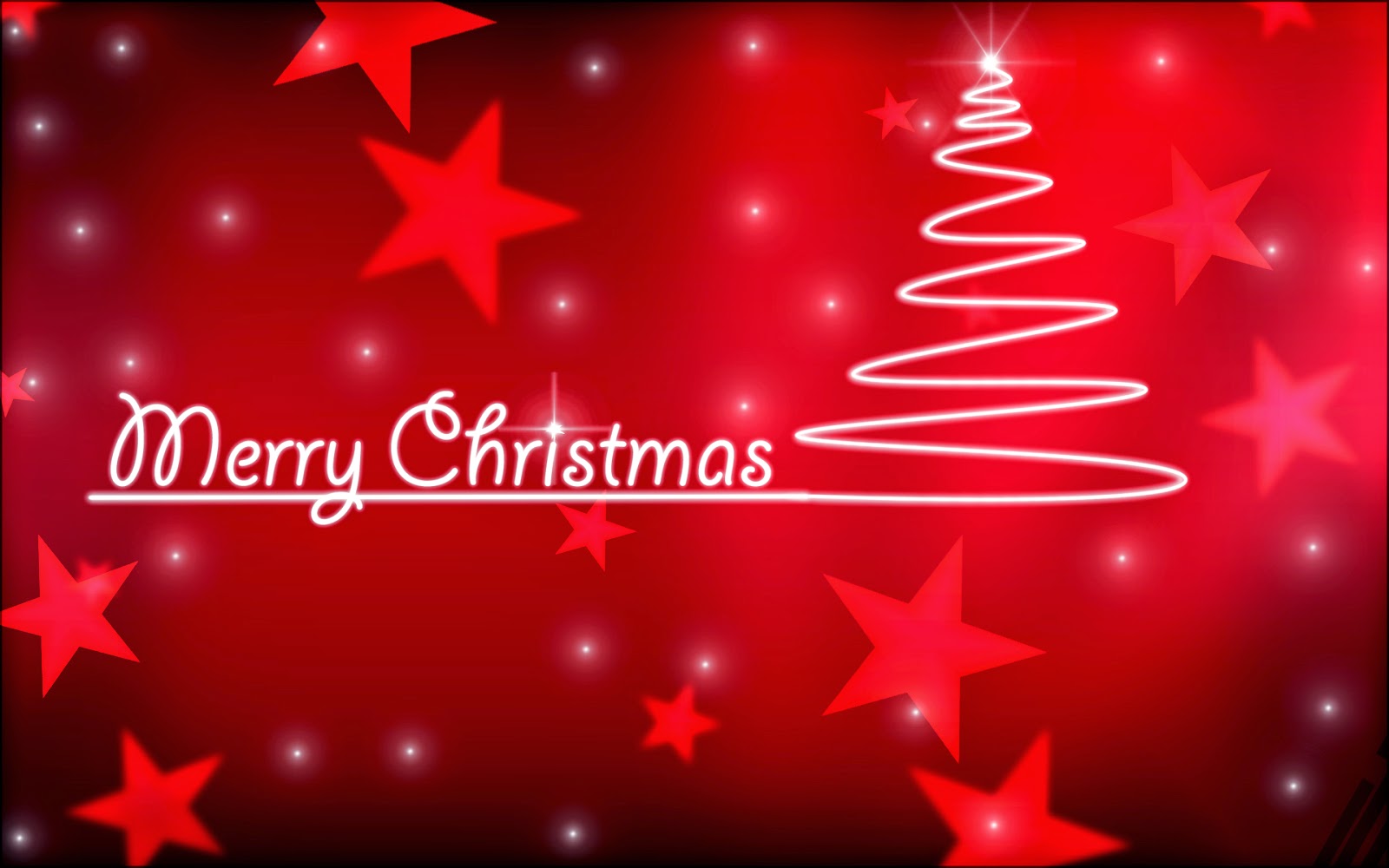 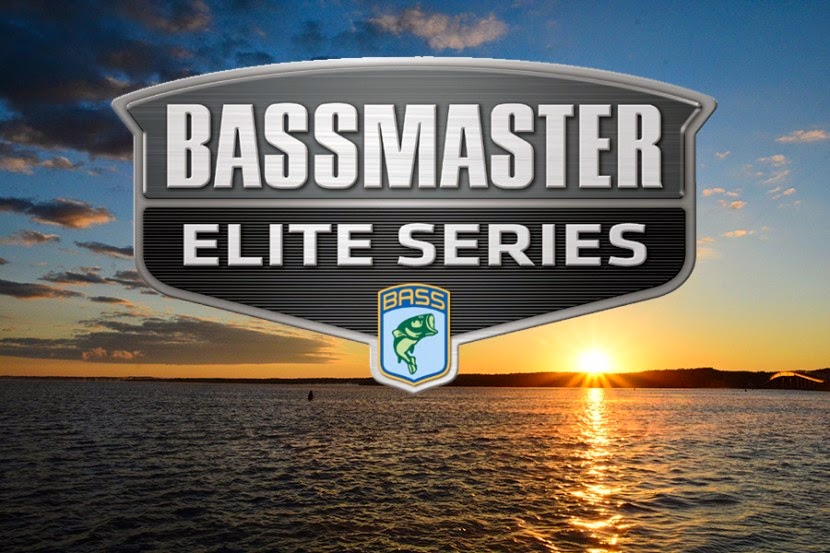 By: BASS
BIRMINGHAM, Ala. — The 2015 Bassmaster Elite Series field is now set with a mixture of well-known veteran pros and young up-and-comers ready to zig-zag the country, vying for thousands of dollars and the coveted Toyota Bassmaster Angler of the Year title.
Topping the 113-angler field is Greg Hackney of Gonzales, La., who won the 2014 A.R.E. Truck Caps Bassmaster Elite Series event on New York’s Cayuga Lake en route to capturing the 2014 Toyota Bassmaster Angler of the Year title. The remainder of last year’s Top 5 points earners is also returning with four-time B.A.S.S. tournament winner Todd Faircloth of Jasper, Texas; three-time winner Jacob Powroznik of Port Haywood, Va.; six-time winner Aaron Martens of Leeds, Ala.; and five-time winner Mark Davis of Mount Ida, Ark.
There will be 13 newcomers to the Elite Series field, including Brent Ehrler of Redlands, Calif., who qualified by finishing seventh in the Bass Pro Shops Bassmaster Northern Opens standings. Though he has yet to win a B.A.S.S. event, Ehrler has enjoyed success on the FLW Tour with eight victories, 33 career Top 10 finishes and more than $2.2 million in earnings during a decade-long career.
The field will feature a dozen former Classic winners, including Davis, Rick Clunn of Ava, Mo., Paul Elias of Laurel, Miss.; Davy Hite of Ninety Six, S.C.; Kevin VanDam of Kalamazoo, Mich.; Michael Iaconelli of Runnemede, N.J.; Takahiro Omori of Emory, Texas; Boyd Duckett of Demopolis, Ala.; Alton Jones of Lorena, Texas; Skeet Reese of Auburn, Calif.; Cliff Pace of Petal, Miss.; and 2014 winner Randy Howell of Springville, Ala.

Designed under the strict guidance of Canadian pro-fisherman like Italo Labignan, the app sets out to unlock the mystery of lure selection for a variety of fishing conditions.  With over 2000 unique Rapala models available in Canada it can be a daunting task to determine which body shape, size or color will give you the best results on any given day.  At Rapala we understand this… and so does our app!

Ever wondered why the fish aren’t biting?...Could be your lure choice…as fishermen, we always tend to second guess, but now you can fish with confidence knowing the Rapala Lure SelectorTM has optimized the results based on species, weather patterns and other variables!

Feds Flight Back Against Aquatic Invasives


Both the Canadian and U.S. federal governments have recently taken steps to help stop the spread of aquatic invasive species, such as Asian carps, zebra and quagga mussels, and sea lamprey.
Earlier this month, the Canadian federal government purposed Aquatic Invasive Species Regulations that, if passed, will provide a national regulatory framework to help prevent intentional and unintentional introductions of aquatic invasive species in Canada from other countries, across provincial and territorial borders, and between ecosystems within a region.
The regulations would also include response and control activities, such as giving Canadian Border Services Agency officers the ability to enforce prohibitions against import at the Canadian border.
Read more »
Posted by IBASSIN.COM at 7:00 AM 0 comments

The Future of Ranger, Triton and Stratos Boats. Part 2

Is this the Death of FLW?
By Luigi De Rose

Last Friday, Bass Pro Shop announced that it acquired Ranger, Triton and Stratos boats. This deal has transformed Bass Pro Shops into the largest bass boat company in the world and one of the largest boat companies in America. With this deal came many concerns on how the bass fishing world would be affected. Here is Part 2 of our look into this matter.

The tournament organization FLW had two title sponsors; Ranger Boats and Walmart, both are the backbone of their entire operation. Here lies the potential problem.  Will Bass Pro Shop (BPS) continue to honour Ranger’s commitment to FLW or will BPS remain focused on their Bassmaster sponsorship? Currently, BPS is the main sponsor for the BASS Open events. Even a slight pullback of financial support could make a huge difference in FLW’s bottom line and future.

The second major conflict is retail between Bass Pro Shops and Walmart. Walmart is a huge player in FLW events, so much so that the last two weigh-ins of every Tour event take place at a Walmart. How willing is Johnny Morris, owner and CEO of Bass Pro Shops, of supporting a tournament organization that promotes a direct rival?  Will FLW events start taking place in Bass Pro Shop parking lots? It might not be that crazy of a notion.

One possible outcome is that BASS develops stronger alliances with Bass Pro Shop and Ranger Boats. Ranger could become the official bass boat of BASS and BPS could be the main Tour event sponsor. This scenario would strengthen BASS as it cripples FLW. Fans and anglers embrace two national tours but remember these are businesses that wish to generate as much money and power as possible. This could be a very big win for BASS if they play their cards correctly. Regardless of the combination of conflicts or outcomes, FLW outdoors will have to dance a very dangerous dance to remain one of the best tournament organizations.

The Future of Ranger, Triton and Stratos Boats.

Making Sense of it All
By Luigi De Rose

The internet was a blur after Bass Pro Shop’s announcement that they acquired Ranger, Triton and Stratos boats last Friday. After the shock of the announcement, positive and negative reaction to this press release started to develop.  Speculation is never a strong leg to stand on. Clarity will only emerge over time.

Here is our attempt to bring some clarity to this historic acquisition.

The Future
When Ranger bought Stratos and Champion boats a few years back. Fears were realized when Champion become redundant and was sadly axed.  Stratos continued to prosper and soon adopted the Champion hull, which many felt was an improvement but scores of Champion owners were disappointed that their beloved boats were gone.

Time will be the most significant factor in the longevity of Stratos, Triton and Ranger. Ranger will rein supreme because it simply is Ranger. The other two boats might have rocky futures. If a decision to cull one of the two boats is made it will be made immediately or in two to three years. After sales projections and financial statements are securitized, a decision will be made if all three will continue. I feel that whoever lags in sales might be eventually be cut.

Tracker boats might not be in this equation because they’re an aluminum boat builder where the other three plus Nitro are all fiberglass. If Ranger broadens its aluminum boat production it might limit Tracker product line but only time can tell.

Another key question is which boat will be considered the ultimate Bass Pro Shop Boat? Will Ranger remain the crown jewel, followed by Nitro, Triton and then Stratos or will the Nitro boats be kept under a different category simply to run parallel to the other three? No one knows but it is a huge worry if I was an Elite or FLW angler waiting to make a down payment on a home.

Sponsorship
How will the sponsorship and media dollars be spent? Anglers, tournament organizations and media sources will now have fewer doors to knock on when looking for money. This has been a steady trend in the fishing industry for some time. Only look towards Pure Fishing, Pradco and Normark for greater clarity on the issue.  Mega corporations have many disadvantages especially for newcomers. Established anglers, TV shows and others in the media outlets might have the leverage to broker bigger
Read more »
Posted by IBASSIN.COM at 7:00 AM 0 comments 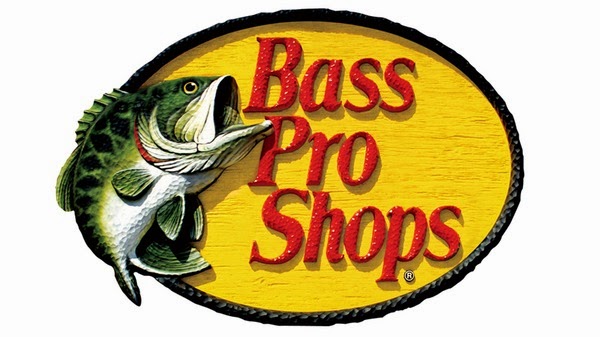 BASS PRO Shops acquires Ranger, Triton and Stratos boats from Platinum Equity. This blockbuster deal will change the landscape of tournament and tournament angler sponsorship for decades to come.

Here is an excerpt of the press release:

SPRINGFIELD, MO – Bass Pro Group announced today an agreement to acquire Fishing Holdings, LLC, a manufacturer of fishing boats that include Ranger Boats and the Stratos and Triton boat brands from Platinum Equity.
The agreement combines popular fishing boat brands that are recognized internationally. It also creates another connection between two industry leaders, Bass Pro Shops founder/CEO Johnny Morris and Ranger Boats founder Forrest Wood, who are dedicated fishermen, conservationists and entrepreneurs. Years ago the iconic outdoorsmen both began fishing on the White River and White River Chain of Lakes in the Ozarks and even fished together in the first National BASS Tournaments.
“This partnership brings added long-term stability for both companies and for the dealer networks that provide customers with quality boats at exceptional values,” said Morris, who also is founder/CEO of Tracker Marine Group. “I’ve had the pleasure of knowing Forrest Wood many years, and I deeply respect him and his family that founded and built a solid performing business with excellent products.”

Jackall is making an even better push into the North American market in 2015. Here is one of many new baits that will be announced in the next few months. 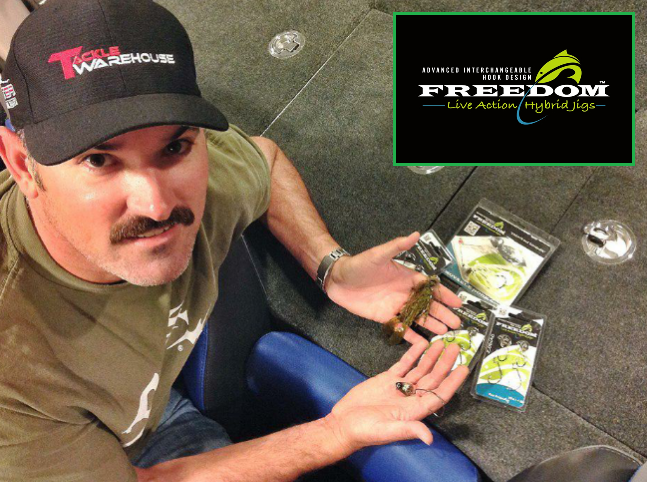 "We are excited to have Jared as part of our Pro Staff team for 2015. Jared is a great angler, we believe he'll be one of the best again this year."
Freedom Tackle Corp. is known for their patented interchangeable hook design which allows anglers to use any brand or style of hook on their jigs/spinner baits for total customization.

"We are strong advocates of the 'Future of Fishing' and Jared is a great
ambassador in educating and supporting the 'next generation' of anglers. The
sport of fishing is changing...and we welcome Jared to the Freedom Tackle
Revolution
Posted by IBASSIN.COM at 7:00 AM 0 comments

New York Times Chimes in on the Alabama Rig.

When the New York Times decides fishing is worth some precious space on it's pages, it must be a hot topic. As of late, the Alabama Rig has been banned on both the BASS and FLW tour trails because many feel it is unsporting for competitors to use it.
Here is an interesting read on the matter. 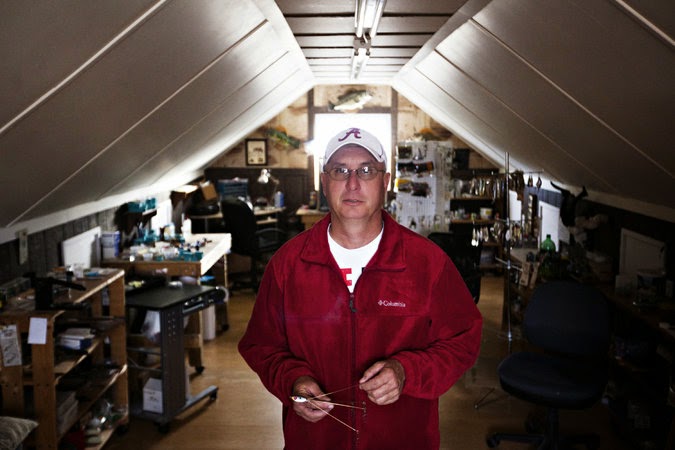 The device is composed of five wires angled like spokes of an umbrella, with fishing lures attached to each end. It mimics a school of baitfish, and bass, walleye and northern pike apparently cannot stay away from it.
Its inventor, Andy Poss, dreamed up the device, which he called the Alabama Rig, while watching a tuna chasing a school of sardines on “The Blue Planet,” a BBC documentary series. In July 2011, he built his first prototype by hand in his garage in Muscle Shoals, Ala., and he spent nearly 17 months perfecting it. 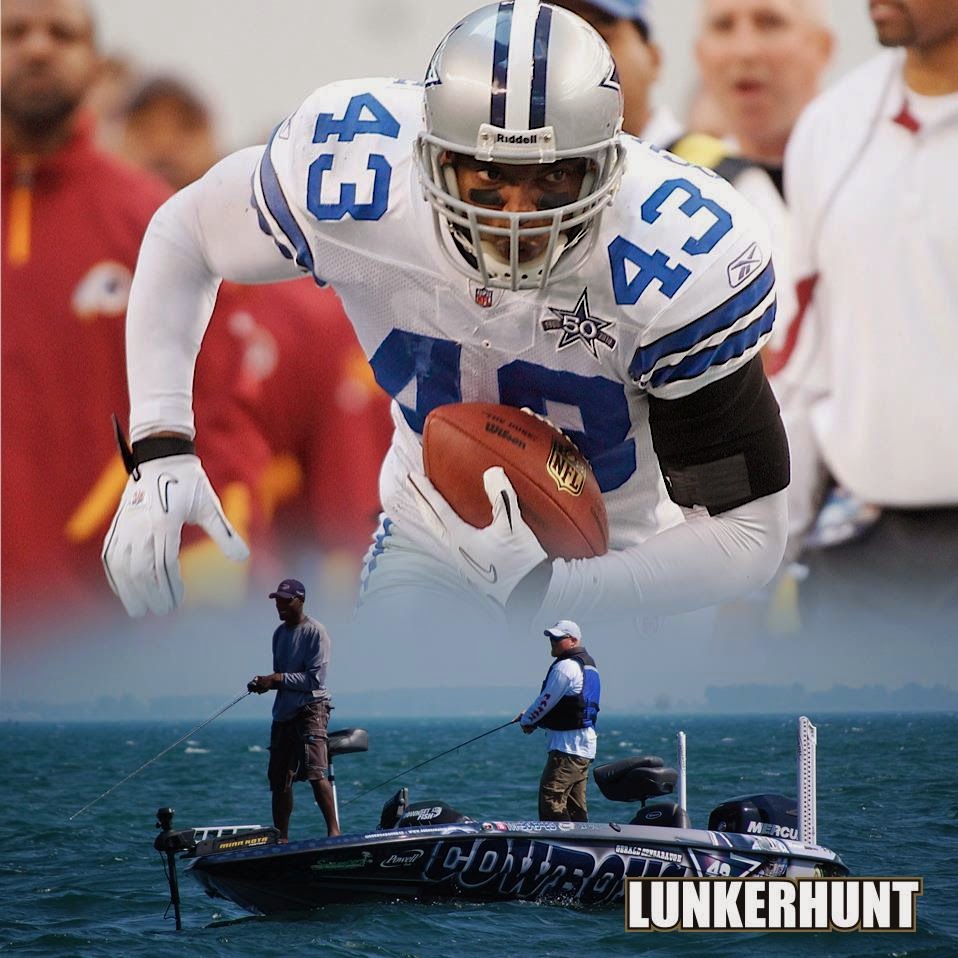 Lunkerhunt Premium Fishing Lures is excited to announce that Gerald Sensabaugh is officially a member of the Lunkerhunt Pro Fishing Team! Follow us this season as Gerald fishes the Bass Master Northern and Central Opens. You can also follow Gerald's transition from Pro Football to Pro Fishing athttps://www.facebook.com/GSensabaugh — with Gerald Sensabaugh.
Posted by IBASSIN.COM at 7:00 AM 0 comments