Cherry On Top of BASS All-Stars!

BASS Press Release
MUSKEGON, Mich. — There’s not a suggestion of rookie green clinging to Hank Cherry now.
A first-year Bassmaster Elite Series pro when the season began in March, Cherry of Maiden, N.C., has his first Elite Series win in the bag.
In Sunday’s final-day, four-angler shootout in the Evan Williams Bourbon Championship, Cherry won the $50,000 first prize by a margin of 2 pounds, 10 ounces.
“This is unbelievable,” he said. “I’m sky-high. I lost no fish today; nothing went wrong. It was just a perfect day.”
Cherry weighed in 17 pounds, 8 ounces of smallmouth bass, easily getting the best of local favorite Kevin VanDam of Kalamazoo, Mich. VanDam posted 14-14 for the runner-up spot.
Cliff Pace of Petal, Miss., finished third with 11-6. Edwin Evers of Talala, Okla., was fourth with 10-15.
The Sept. 27-29 championship, part of Toyota All-Star Week out of Muskegon, began with 14 Bassmaster Elite Series pros. Each competed for two days on Muskegon Lake. Only the four pros with the highest Muskegon Lake weights made the cut to move to White Lake’s final leg.
Read more »
Posted by IBASSIN.COM at 1:30 AM 0 comments

Autumn has arrived! For many anglers in the north, there is a shift from largemouth to smallmouth fishing during this time of year. Smallmouth bite well as waters cool. One of the best presentations for searching and catching big smallmouth are spinnerbaits.

Here is a video on what to look for in a spinnerbait for smallmouth.

Well, summer is technically over! A lot of great fall fishing is yet to happen but it is still sad to see summer leave. Nothing will warm a fisherman's heart than an amazing topwater hit. See why the Lunkerhunt Lunker Frog will be a winner on your lake.
Posted by IBASSIN.COM at 1:30 AM 0 comments

Win with TSC and OFAH

By B.A.S.S. Communications
SEP 18, 2013
BIRMINGHAM, Ala. — The 2014 Bassmaster Elite Series promises to be one for the history books. The 100 or so Elite Series anglers who compete on the nation’s premier bass tournament circuit will visit rivers, reservoirs and natural lakes in 11 states as they vie for fame, fortune and a berth in the 2015 Bassmaster Classic.
Several of the fisheries are steeped in B.A.S.S. lore, and the others soon will be.
“We’ve just finished an Elite Series season that saw record attendance, record Internet traffic and record media coverage,” said B.A.S.S. CEO Bruce Akin, “but we’re already looking forward to all that 2014 will hold.”
The Elite Series, which has included eight events for the past five years, will grow to nine tournaments next year, he added, and one of them will include a fan-attracting “BASSfest” reminiscent of the old summertime Bassmaster Classics and with a $1,000,000 prize purse.
Read more »
Posted by IBASSIN.COM at 2:00 AM 0 comments 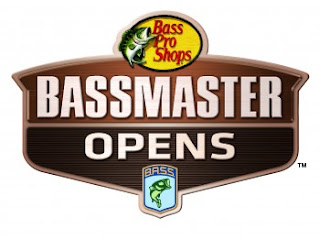 By B.A.S.S. Communications
SEP 18, 2013
BIRMINGHAM, Ala. — The 2014 Bass Pro Shops Bassmaster Opens Series has something for everyone — whether they’re a top professional angler, an aspiring pro or simply a fan of the sport.
Nine events in nine states covering three geographic regions will send winners to the 2015 Bassmaster Classic, top performers to the Bassmaster Elite Series and thousands of fans to weigh-ins where they can catch the action.
The Opens Series consists of nine events — three tournaments each in Southern, Central and Northern divisions — covering rivers, natural lakes and man-made reservoirs and running from January to October.
For the fourth season in a row, Opens tournament winners who compete in all three events in a single division will earn a berth in the Super Bowl of bass fishing, the 2015 Bassmaster Classic.
And for those anglers hoping to take the next step in their careers, the Opens are the way to reach the most prestigious professional fishing circuit in the world, the Bassmaster Elite Series. Opens competitors earn performance points at each tournament, and at the end of the season the Top 5 ranked anglers in each division who aren’t already qualified for the Elites will be invited to join the premier tour. In recent years, Ott DeFoe, Hank Cherry and Jason Christie followed this path and have made their marks as Elite pros.
Read more »
Posted by IBASSIN.COM at 1:00 AM 0 comments

Berkley Goes Back To School for Kids

COLUMBIA, S.C. Berkley fishing tackle is going back to school. High school that is, with the launch of the first International High School Fishing Club Challenge. Beginning August 15th, high school fishing coaches can register their school to participate in the program. The program lasts through the school year and offers numerous fishing related opportunities, rewards, product samples and prizes.

"The program is designed to encourage more students to participate in fishing activities through high schools," says Roxanne Coleman, Senior Field Marketing Manager, Berkley Fishing. "Throughout the year clubs will be given a variety of team and individual challenges and the successful completion of those tasks will earn the club rewards and points for the team."
Read more »
Posted by IBASSIN.COM at 1:00 AM 0 comments 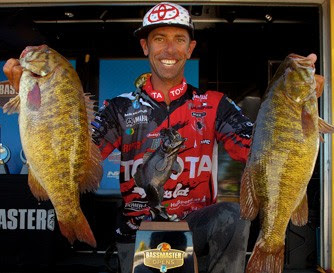 BASS Press Release
SANDUSKY, Ohio — In his last best chance at qualifying for the 2014 Bassmaster Classic, Elite Series pro Mike Iaconelli capitalized in a big way as he sacked 24-9 today on Lake Erie, giving him a two-day total of 48-8, nearly four pounds better than runner-up and Erie ringer Joe Balog.
“It’s not real, man, it’s not real,” Iaconelli said in disbelief of his first Bass Pro Shops Bassmaster Open win. “When these moments happen, it’s magical. I remember all my wins from club tournaments to this one, and they’re all special.
“It’s been a weird year. I had a bad year on the Elite trail, and I had a lot of downs, and I just kept my head in it and kept working and it turned around finally.”

Erny and Franklin Janzen lead wire to wire during the 2013 CSFL Classic. Fishing under diverse conditions and a lake restriction on Day 1, this father and son team proved they know smallmouth. With a three-day creel of 62.65 pounds they kept the late charging team of Erik Luzak and Tom Hardy at bay. IBASSIN wishes to congratulate the Janzens.