Cabela is Coming to Barrie, Ontario 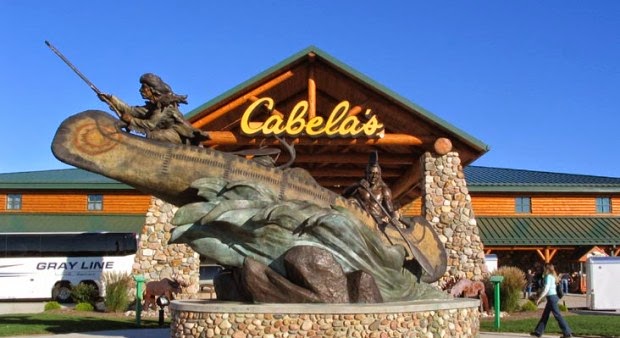 Cabela’s Canada will officially open the doors of the new Barrie store on Thursday, July 10 with a  ribbon-cutting ceremony hosted by company executives and special guests.
The celebrations will begin at 10:45 a.m.

The 70,000-square-foot store, which is  near the intersection of Highway 400 and Mapleview Drive in the Park Place Shopping Centre, will be the first Cabela’s to open in Ontario. 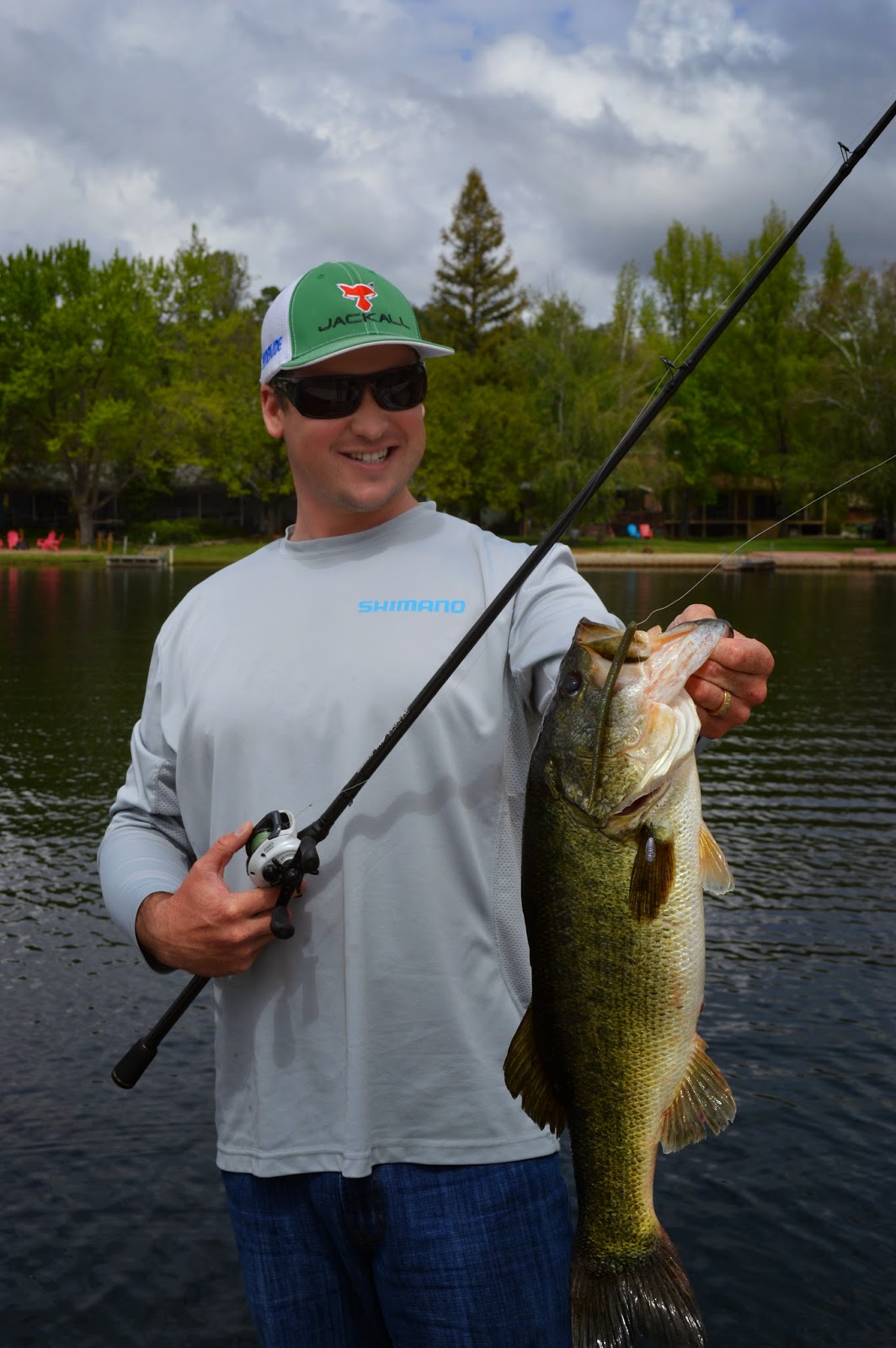 Everyone knows how to drop shot but have you tried heavy drop shotting? Not many have. Not only is it an under used technique, it might be one of the best presentations you can cast to heavy cover.

Learn from Jackall Pro, Cody Meyers on how he makes it work on the FLW tournament circuit.

Read more about it in the June issue of Ontario OUT OF DOORS magazine.
Posted by IBASSIN.COM at 2:00 AM 0 comments

Here is a quick video I did for Ontario OUT OF DOORS magazine. It explains how to rig a drop shot.
Posted by IBASSIN.COM at 1:30 AM 0 comments 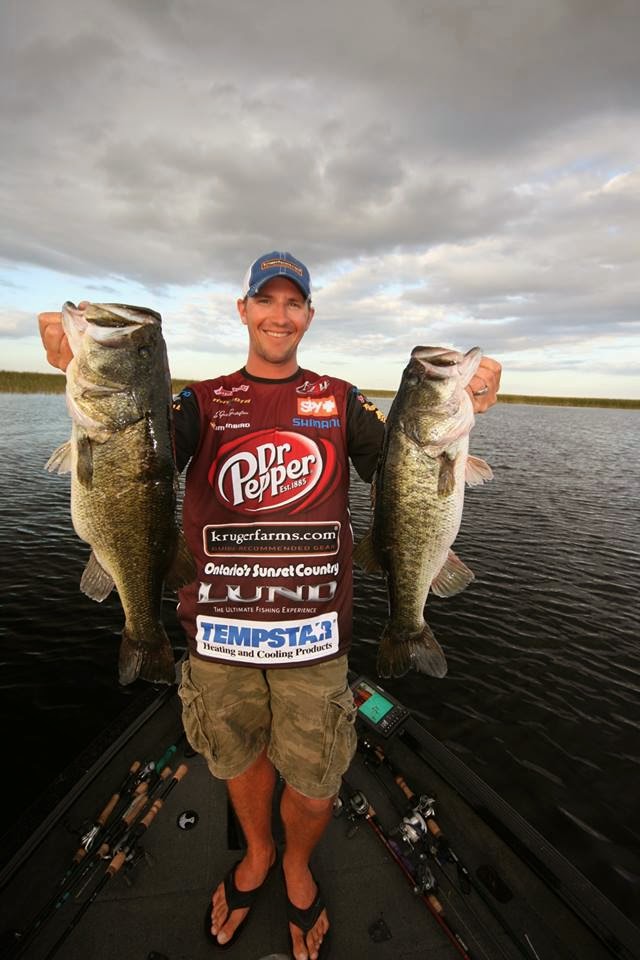 Click here for link.
Posted by IBASSIN.COM at 1:30 AM 0 comments

RUSSELLVILLE, Ark. — Jason Christie pulled off a 4-ounce “wonder” win Sunday in the Bassmaster Elite at Lake Dardanelle.
It wasn’t a case of anyone thinking that a Christie victory would be a wonder. After all, the pro from Park Hill, Okla., was already an Elite champ from the 2013 season, and has a very successful career going. It was Christie himself who was kept guessing.
“At what point did you know you’d won this?” a reporter asked Christie, who had started out the championship round in fourth place.
“When they announced on stage I was the winner,” Christie replied. “To be 3 pounds back, and feeling like I needed low 20s (pounds) to win, makes the win special,” he said.
His prize was $100,000 and a win-you’re-in qualification for the 2015 Bassmaster Classic.
Christie produced a final-day weight close to what he thought he needed to win: 19 pounds, 2 ounces. His four-day total was 72 pounds, 3 ounces.
His margin of victory was 4 ounces over Gerald Swindle of Warrior, Ala., finishing in second place with 71-15 after producing the day’s largest weight of 20-1.
Read more »
Posted by IBASSIN.COM at 9:49 AM 0 comments

Greg and Rick Clunn battle it out!
by Deb Johnson
RUSSELLVILLE, Ark. — Saturday, after holding on to the lead in the May 15-18 Bassmaster Elite at Lake Dardanelle by 13 ounces, Greg Hackney said he might be left with too many choices for Sunday’s final round.
“I honestly couldn’t even say what I’m going to do tomorrow,” he said after weighing 16 pounds, 10 ounces for a three-day total of 56-8 and the tournament lead for two days running.
“I know too many places,” said the Arkansas native now living in Gonzales, La. “Should I go here, should I go there? You’re liable to pull up and catch them anywhere, with the good conditions we have right now — if you’re doing the right thing. The lake is full of fish.”
Born in Star City, Ark., Hackney cut his fishing teeth on the Arkansas River, including its Lake Dardanelle impoundment. That ingrained knowledge of the river fishery has helped him immensely at this Elite event.
Every bass angler knows the name of the angler behind Hackney by 13 ounces -- Rick Clunn. From Ava, Mo., Clunn is a 32-time Bassmaster Classic qualifier and holder of 14 Bassmaster titles, including four prestigious Classic crowns.
In the Dardanelle event — the 401st Bassmaster competition of his storied career — Clunn moved up from fifth place after posting 19 pounds, 8 ounces Saturday for a three-day weight of 55-11, enough to launch a serious bid for the win. It would be his first Bassmaster victory since 2002.
Read more »
Posted by IBASSIN.COM at 2:00 AM 0 comments

by Deb Johnson
RUSSELLVILLE, Ark. — Patience certainly does have its virtues. Just ask Greg Hackney, the new leader in the Bassmaster Elite Series at Lake Dardanelle.
After landing a 4-pound largemouth soon after competition began Friday, Hackney stuck it out in the same area the rest of the day, working through a series of dry spells without a bite. By day’s end, he was rewarded with five largemouth that weighed in at 18 pounds and 1 ounce.
“There were flurries when it was better, but overall it was pretty slow fishing,” Hackney said. “I wasn’t necessarily fishing dead slow, but I was thorough. This lake is full of fish, but you can go a while between bites.”
Hackney, in second place after Thursday’s first round, changed places with John Crews, the first-day leader. Hackney’s two-day total was 39-14 to Crews’ 39-5, for a spread of 9 ounces between them. On Thursday, Crews had 12 ounces on Hackney.
Zell Rowland of Montgomery, Texas, was Friday’s biggest mover. In 87th place after Thursday, Rowland produced 25-5 Friday to rocket into third place with a total of 37-1.
Read more »
Posted by IBASSIN.COM at 2:00 AM 0 comments


Crews is steady as she goes on Lake Dardanelle

By Deb Johnson
RUSSELLVILLE, Ark. — “Steady” was the first word John Crews came up with when asked about his first day of competition in the May 15-18 Bassmaster Elite at Lake Dardanelle.
“One good one here, one good one there, and at the end of the day, it was looking really nice,” Crews said.
“Rock steady” is a more accurate description of Crews’ Thursday performance. The pro from Salem, Va., weighed a five-bass limit of 22 pounds, 9 ounces, for a lead of 12 ounces over Greg Hackney.
Read more »
Posted by IBASSIN.COM at 2:00 AM 0 comments

Former tour pro Keith Green confirmed today that his father, 14-time Bassmaster Classic qualifier Ricky Green, died on Sunday at age 69. He'd battled severe lung issues for several years and received a transplant on May 1, but developed an infection that led to his death.
He won two Bassmaster Tour events (the 1972 Rebel Invitational at Ross Barnett Reservoir in Mississippi and the 1974 Texas Invitational at Sam Rayburn Reservoir) and competed in his final Classic in 1985.
"Getting that transplant was the only chance he had to get back to doing what he liked to do, which was being in the outdoors," said longtime friend and fellow Arkansan Larry Nixon. "It was extremely risky, but he decided to do it, and I admire him for that."

Keith Combs wins the TTBC for a Record Third Time! 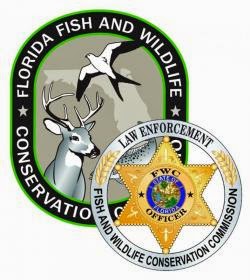 Strange politics playing out in Florida. Participants will be encouraged to provide input on the proposal for a statewide five-fish daily bag limit, only one of which could be 16 inches total length or longer. In other words, four of the five largemouths would have to be less than 16 inches total length.
For more information click here

Powroznik throws KO punch on Toledo Bend
By Deb Johnson
bass press release
MANY, La. — With a one-two, the rookie won.
Jacob Powroznik delivered that punch Sunday in the form of two good-sized bass in the last hours of competition of the four-day Evan Williams Bourbon Bassmaster Elite at Toledo Bend.
“I’m speechless. That doesn’t happen very often,” said Powroznik as he accepted his first Bassmaster Elite Series trophy after competing in only four events in his first year on the top-level tour — and on a fishery on which he had never before competed.
From Port Haywood, Va., Powroznik claimed the first-place prize of $100,000 and an instant-in for the 2015 Bassmaster Classic, his first world championship qualification.
“To get into the Classic feels like someone just gave me a million dollars,” said Powroznik after he stepped off the stage and got his voice back. “You don’t get many opportunities to win one of these events. It’s so hard to do. To do it my first year is a blessing.”
After leading on Friday, Powroznik was stumped in Saturday’s round by a disappearing shad spawn bite that had helped him considerably in the early morning hours of competition. Then he was smoked out of a promising spawning bass area by a controlled burn of Texas shoreline forest. Going into the Sunday finals, Powroznik had dropped more than 2 1/2 pounds behind the leader, two-time Bassmaster Toledo Bend champ Dean Rojas.
Read more »
Posted by IBASSIN.COM at 1:30 AM 0 comments

Rojas rules Toledo Bend again.
By Deb Johnson
Actually, that something extra was very large: a 7-pound, 2-ounce largemouth bass. And it proved to be the catch that made all the difference for Rojas on the third day of the May 1-4 Evan Williams Bourbon Bassmaster Elite on Toledo Bend.
Because of the big cull his 7-2 made possible, Rojas turned his day around. The so-so limit he would have had became a good day’s catch of 17-14.
Best of all, the 7-2 helped him to a 2-10 advantage over Friday leader Jacob Powroznik.
“I was fortunate today to have that big one that separated me from having a small limit,” said Rojas, who’s from Lake Havasu City, Ariz.
It helped that Powroznik tripped. He managed just 11-13 Saturday. Those bass put his total to 60-1, good enough for second, but not enough to stay in the catbird seat, the spot Rojas captured with his 62-11 total going into the final competition on Sunday.

Former FLW Pro Takes Lead at Toledo Bend
By Deb Johnson
Dean Rojas has a wealth of experience on the lake; his 2011 Bassmaster Elite Series victory on Toledo Bend proved that.
Yet these polar opposites — at least when it comes to the famed big-bass factory on the Louisiana-Texas border — were the top two anglers after Friday, the second day of competition.
And it was the rookie who led the veteran; Powroznik had 3 pounds, 7 ounces on Rojas.
Powroznik, who is from Port Haywood, Va., added 23-6 Friday to his Thursday weight of 24-14 for a two-day total of 48-4. He inched up from third place to take the lead.
Read more »
Posted by IBASSIN.COM at 8:25 PM 0 comments

Jared Keep AOY Streak Alive
By Deb Johnson
MANY, La. — Jared Lintner went to extremes Thursday, the first day of the May 1-4 Evan Williams Bourbon Bassmaster Elite at Toledo Bend out of Many, La.
He was especially extreme in his choice of fishing lines from lightweight to unbreakable. “I caught them on 10-pound fluorocarbon and 80-pound braid,” said the Californian from Arroyo Grande. “I didn’t get very many bites with the braid, but they were good ones.”
Good enough to help him amass 25 pounds, 7 ounces of bass to take the lead by 7 ounces over J Todd Tucker of Moultrie, Ga., who weighed 25-0 for second place.
In third after one round was Elite Series rookie Jacob Powroznik of Port Haywood, Va., with 24-14. Fourth place was taken by another Californian, Chris Zaldain of San Jose. His weight was 22-6, including an 8-12 on 6-pound-test line in an around-the-boat chase that “took forever” but was, he said, probably less than two minutes in real time.
Read more »
Posted by IBASSIN.COM at 2:00 AM 0 comments

It was less than a week ago when the CSFL officially announced the countdown to the first of two of the Nation’s most prestigious events and how it is making waves south of the border.  Today the CSFL is proud to announce industry leader Shimano Canada has once again stepped up to support Canadian Anglers.
Read more »
Posted by IBASSIN.COM at 1:30 AM 0 comments