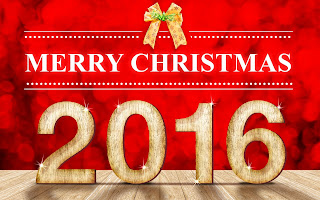 Wishing all of you a very Merry Christmas from all of us at IBASSIN.com
Posted by IBASSIN.COM at 11:03 AM 0 comments

Passing of a living legend
By Luigi De Rose 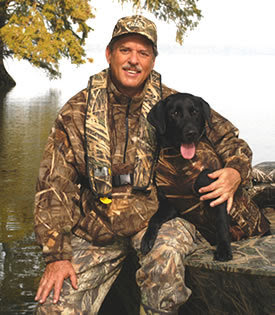 Legendary outdoor writer and TV personality Wade Bourne dies on Friday, December 15, 2016 of a suspected heart attack. Bourne penned over 3000 magazine articles and 6 books plus countless TV shows over his 40 years in journalism. He was awarded the 2016 recipient of the Homer Circle Fishing Communication Award last summer during ICAST in Orlando.
Posted by IBASSIN.COM at 3:30 AM 0 comments

FLW pro Cody Meyer catches the potential IGFA Line Record Spotted Bass in California. The bass weights 10.80lbs on certified scales is awaiting official certification.
Via a post on Cody's Facebook page, he said he saw the fish with the Garmin Panoptix ahead of the boat. The spotted bass was suspended over 100 feet of water. This isn't the only big bass boat that day. He and JR Wright estimated that their best 5 bass total weight was over 40 pounds that day.

Getting Even with Copy Cat Companies
Originally written in Angling International
European tackle giant Svendsen Sport has started legal proceedings against a Chinese manufacturer which it says has been ‘blatantly’ copying its award-winning Water Wolf HD underwater camera.
The Danish company says that copies of the camera, which won three awards at EFTTEX when it was first launched in 2014, have been appearing across Europe and in other markets.
Read more »
Posted by IBASSIN.COM at 3:30 AM 0 comments

Why You Need To Invest In a Great Baitcasting Reel!

Casting reels are one of the most important parts of bass fishing. The price tags seems to get higher and higher but the quality of these reels is amazing!  Sure, there are cheaper reels out there but buying a great reel really is a wise investment. Check out Mike "IKE" Iaconelli at the Abu Garica booth as he tells you why you need to buy the best reels you can afford. 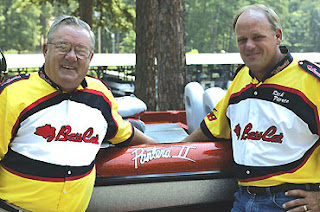 With the recent death of Ron Pierce, the founder of Bass Cat Boats, another true legend in bass fishing passes. Regardless of which boat you own, everyone can appreciate a family run business and fine craftsmanship. Bass Cat Boats are world class. The Pierce family created a legacy that will continue well into the future.

Important Results on the Movements of Smallmouth Bass

Queen's University, Kingston, Ontario Canada, has collected valuable data on bass movement. Every tournament angler, conservationist or the general public are curious on what happens to bass once they are released from a central location. Check out this video to learn more.

Final Classic spot grabbed by Missouri angler.
ANDREW CANULETTE
BASS PRESS RELEASE
Saturday’s wintry weather, combined with a slack bite and a hard charge by his closest competitor, threatened what only a day earlier appeared to be Scott Clift’s imminent victory in the Toyota Bonus Bucks Bassmaster Team Championship Classic Fish-Off.
But despite the adversity, Clift indeed was able to finish what he started, and he’s going to the 2017 GEICO Bassmaster Classic as a result.
The 39-year old Dadeville, Mo., resident staked a big lead for himself Friday in the first round of the fish-off on Kentucky Lake. His five-fish limit of 17 pounds, 8 ounces gave him more than a 7-pound lead on the other five anglers competing in this tournament, and he was imbued with the confidence needed to win an event of this magnitude.
But Clift struggled to find the early bite on Saturday that aided his cause a day before. By midmorning Saturday, he only had two bass in the livewell, and Georgia’s Barron Adams (who entered the final day in second place) was surging with an early limit of bass.

Faber, Gardner take championship
ANDREW CANULETTE
BASS PRESS RELEASE
Ty Faber and John Gardner expected to be deer hunting in Wisconsin by Friday.
There’s been a change of plans.
The Colorado anglers won the Toyota Bonus Bucks Bassmaster Team Championship on Thursday at Paris Landing State Park here in the northwestern corner of the Volunteer State. They boated a two-day total of 37 pounds, 10 ounces on Kentucky Lake, which not only clinched the team title, but gave each angler a 1-in-6 chance of fishing in the 2017 GEICO Bassmaster Classic next March.
Not long after they hoisted the team championship trophies over their heads, it was time for a reality check.
“This hasn’t sunk in just yet,” Gardner said. “I’m still trying to process it. I have no idea what we’re going to do tomorrow.”

Canadians not faring well.
ANDREW CANULETTE
BASS PRESS RELEASE
When soaking rains and cold temperatures moved across western Tennessee earlier this week, people wondered how the changing weather would affect fishing in the Toyota Bonus Bucks Bassmaster Team Championship on Kentucky Lake.
On Wednesday at Paris Landing State Park, Ken Thompson and Brad Weese provided the answer.
Though the duo has only fished together less than a year, they looked like lifelong partners. The team from the Angler’s Choice Team Trail boated a five-bass limit that totaled 24 pounds, 10 ounces and gave them a solid lead after the opening round of the national team championship.
Read more »
Posted by IBASSIN.COM at 3:30 AM 0 comments