Fishing and Hunting Big Engine for the Economy! 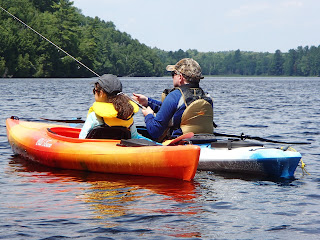 The next time someone asks you, "what do anglers and hunters to help?" feed them some of these facts. The fine people of Southwick Associates generated these finding through an extensive survey and some good research. Here's the key points:


Key findings of the report include:
Beyond the numbers, the report touches on the health and societal benefits of outdoor recreation including evidence that suggests that investments in outdoor recreation and programming could significantly reduce crime rates, improve educational outcomes for many children and actually lower long-term individual and public health care costs by reducing stress and obesity rates.
"The benefits of outdoor recreation far exceed mere numbers, though the numbers are impressive," says Rob Southwick, president of Southwick Associates. "From helping people reduce stress, exercise more and overall improve their health, the tangible benefits of providing an abundant of outdoor activities go far beyond dollars and cents."
Posted by IBASSIN.COM at 3:00 AM