Rojas, Pirch, Card,Pipkens and Aveda Move to Suzuki Motors in 2018!

Suzuki Motor of America, Inc. is proud to announce their roster of pro fishermen for the 2018 Bassmaster® Elite Tournament Series. “Suzuki is back in 2018, bigger and better than ever,” said Gus Blakely, vice president of sales for Suzuki Marine. “We’re eager to see our guys compete on the Elite circuit – all powered by Suzuki’s 250SS 4-stroke outboard.”
Suzuki stalwarts Brandon Card, Chad Pipkens and Clifford Pirch, will welcome Dean Rojas, Gerald Spohrer and Adrian Aveda to the team in 2018.
Dean Rojas 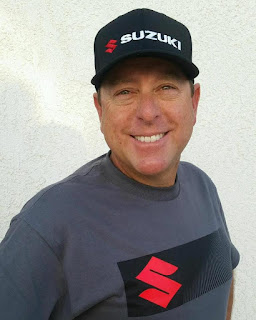 Suzuki welcomes veteran Arizona bass angler Dean Rojas to the team. Dean is a four-time winner on the Bassmaster® Elite Series tour and has 47 career Top 10 finishes. In addition, Rojas still holds the all-time B.A.S.S.® one day record catch of 45.2 pounds. With winnings totaling over $2 million dollars as a professional angler, Rojas brings a wealth of experience to the Suzuki team.
”I’m super-pumped to have a Suzuki on the transom of my new Blazer bass boat this year,” said Rojas. “I’ve watched Suzuki come alive over the past couple seasons and couldn’t be prouder to be on the team.” Look for Dean to be in the spotlight in 2018, as he campaigns for the first time with Suzuki Power.
Gerald Spohrer
Next up is Gerald Spohrer, a US Navy vet from Gonzales, LA. After starting out on the FLW Tour, Gerald moved to the Elite series last year. He was the Bassmaster® Central Open Angler of the Year in 2016 and broke into the Top 10 at last year’s Elite tournament on Lake St. Clair.
2018 holds a lot of promise for Spohrer. “Having a new Suzuki on my Bass Cat will be a first for me,” said Spohrer, “but not a first for Bass Cat. I can’t wait to get out on the water again and give ‘er a go.”
Adrian Avena
Adrian Avena also moved up to the Bassmaster® Elite Series after starting out on the FLW Tour and boasts career winnings approaching half a million dollars. Adrian grew up in New Jersey and counts the Chesapeake Bay as his home lake. Needless to say, he’s comfortable on big water.
“I’ve been running a Bass Cat for the past few years and have heard nothing but good things about Suzuki,” said Avena. “I’m stoked to get out on the water and show everybody just how good these Suzuki’s can run.” Avena is 2-for-2 qualifying for the Bassmaster® Elite AOY Championship and we’re looking forward to seeing him on the podium this year.

The “new guys” are joining Brandon Card, Chad Pipkens and Cliff Pirch on the Suzuki squad.
Brandon Card
Brandon joined the Elite Series right out of the University of Kentucky as the first Bassmaster College Series angler to qualify for the Elite Series. He’s fished the Classic twice so far has been in the money over 35 times. Card is also an inspiration to the upcoming crop of high school and college tournament anglers, holding his own Bass Open every year. This year’s event on Lake Norris in TN, gave out over $15,000 in cash and prizes to eager young anglers. More importantly, it provided an opportunity for young anglers to showcase their talents and get valuable tournament experience.
“When I was starting out, Suzuki gave me a shot,” said Card. “They’ve been behind me ever since and I couldn’t be prouder to see the team grow.” Card will campaign his Bass Cat again in 2018.
Chad Pipkens
Chad Pipkens is another Young Gun that runs a Suzuki on his Bass Cat. Pipkens brings a solid Midwestern work ethic and strong positive outlook to every Elite tournament. He knows the joy of victory, winning on Lake St. Clair near his home in Michigan, and has been in the Top 20 15 times, Career earnings total more than $300,000.
“We had a blast last year with Suzuki,” said Pipkens. “Never let me down, not once.” With another year of experience under his belt, expect to see Chad fishing on more Saturdays and Sundays this year.
Cliff Pirch
Cliff hails from Payson, AZ and cut his teeth on Western bass fishing. In fact, Pirch is a three time Western Outdoor News Bass Open champion, and has been in the money over 45 times on Bassmaster® Elite Series tournament trail. Pirch has again qualified to fish in the Classic, his fifth appearance in the granddaddy of all pro angling tourneys.
“Last year was my first year with Suzuki and I have to say, I was impressed,” said Pirch. “And that’s not an easy thing to do,” he added. We can’t wait to see what Cliff will accomplish this season.
Suzuki offers four outboards in its 4-Stroke “SS” Series, giving pro and recreational tournament anglers access to the right power for their rig. “From 115 to 250 horsepower, Suzuki’s big displacement blocks, offset driveshaft and advanced fuel injection deliver impressive holeshot and top-end speed, great fuel economy and most importantly, rock solid reliability,” added Blakely. “Every fisherman out there has a choice when it comes to power. With more top pro anglers now running Suzuki’s, the word is spreading that Suzuki’s got something special going on.”
All six of Suzuki’s pro anglers will be at this year’s 2018 Bassmaster Classic Outdoors Expo presented by Dick’s Sporting Goods at the TD Convention Center in Greenville, SC. Be sure to stop by to meet and greet these anglers and take a look at the Suzuki SS outboards.
Suzuki offers a complete range of 4-stroke outboards from 2.5 to 350 horsepower. For more information, detailed specifications and on-the-water boat tests, please visit www.suzukimarine.com.
Posted by IBASSIN.COM at 1:30 AM