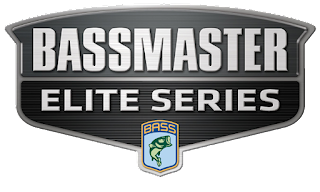 With another season just three months away, B.A.S.S. officials announced Wednesday that the field for the 2019 Bassmaster Elite Series has been set. The prestigious circuit, which will feature higher payouts and lower entry fees than ever before, will consist of 75 anglers (about 40 fewer than last year), including three who have won both the Bassmaster Classic presented by DICK’S Sporting Goods and the Toyota Bassmaster Angler of the Year award. The season-opening event is scheduled for Feb. 7-10 on the St. Johns River in Palatka, Fla. “Every year when our anglers leave the takeoff site for the opening day of the first tournament, the excitement in the air is just amazing — and that will certainly be true this year,” said B.A.S.S. CEO Bruce Akin. “As in past years, we have some familiar faces who have already accomplished great things with us. “Then, we also have some new anglers who are bound and determined to become superstars themselves.” Missouri legend Rick Clunn, who owns four Classic trophies and the 1988 AOY award, is back from last year’s Elite Series field, along with North Carolina pro David Fritts, who won the 1993 Classic and the 1994 AOY trophy. Jay Yelas, a veteran Texas pro who won the 2002 Classic title and 2003 AOY award, will also be joining the Elite Series after several years with other circuits. Other big names returning from last year’s Elite field include Keith Combs, a two-time B.A.S.S. winner who is right on the cusp of the $1 million mark for career earnings, 2016 Toyota Bassmaster Angler of the Year Championship tournament winner Seth Feider of Minnesota and Nevada pro Chris Zaldain, who holds two B.A.S.S. wins of his own.