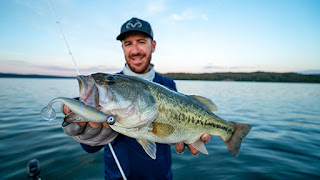 The saltwater swimbait with which Jacob Wheeler has won numerous pro bass tournaments is now available in a new model and color patterns designed for freshwater fishing.

“I’m excited about this, because now I’ve got colors that are designed specifically to trigger bass to bite,” said Wheeler, a Rapala® pro who’s dominated professional bass fishing in the last two years. Storm is one of ten brands in the legendary Rapala family of brands. “Now I have everything I need to travel all over the country, fishing for spotted bass, largemouth and smallmouth. That’s a big deal for me, knowing that that one bait can do it all.”

“To build on what was great about the coastal Largo Shad and make one for bass fishing, I worked really close with the folks at Storm to perfect the colors and the action,” said Wheeler. “The plastic is softened up a little bit in the new one, but it’s got the same great durability and action in the water.” 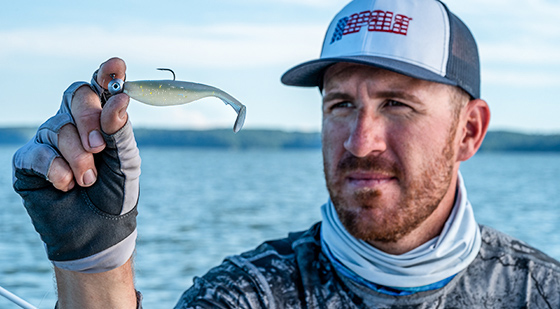 When he won the Bass Pro Tour tournament, casting a Storm Largo Shad into large, offshore schools of bass was Wheeler’s “primary deal,” said Wheeler. On the first day of that competition, contested in June 2019 on Table Rock Lake, Wheeler caught 88 bass on a Largo Shad.

“The profile of that bait is unique to swimbait fishing,” Wheeler said. “There’s nothing like that on the market that I’ve ever seen. It’s got a broader profile that looks more realistic, I feel like it’s imitating the forage that those fish are eating that much better. That’s a huge deal. You want to be on the early part of this trend.”

Swimming with a slow body roll and an exaggerated tail swing, Storm Largo Shad lures feature boot-tails that produce strike-inducing action on both the retrieve and during free fall. Featuring a great shimmy and thump right out of the package, they can be customized by cutting or removing a unique tail tendon for a wider action.

Storm Largo Shad bodies, made from premium phthalate-free plastic, feature two- and three-color injection molding. They have a solid head and strategically placed belly and back grooves for easy, weedless rigging.

“You can catch 10 fish or more on one swimbait,” Wheeler added. “You can’t do that with any other swimbait that I know of. And you might think it might hurt the action of the bait, being so durable, but it swims great.”