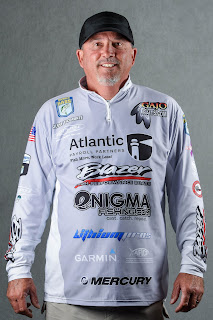 BIRMINGHAM, Ala. — After missing the 2021 Bassmaster Elite Series season with a medical hardship, Florida pro Jesse Tacoronte is withdrawing from the Elites to take care of his family.

“I’ve gotta call it quits because family comes first. End of story,” said Tacoronte, who also owns Enigma Fishing. “I have two elderly parents at my home on hospice and a 12-year-old nephew to take care of. I've got a lot of stuff on my plate. Family is absolutely first.”

It has been a trying year for the Tacorontes as tragedy struck multiple family members around the Elite Series opener in early February.

Tacoronte’s mother was hospitalized prior to passing away Feb. 13. Just days before that, Shane Platter, who manages sales and shows for Enigma, suffered a heart attack. Platter, unconscious for some time at his home, is currently in a rehabilitation home with no short-term memory — some long-term memory is just returning. Tacoronte and his wife, Danielle, are caring for his 12-year-old son. About that same time, Tacoronte’s mother-in-law, who suffers from severe lung issues and has needed multiple treatments, was in and out of the hospital. The Tacorontes are overseeing her care as well as his 84-year-old father’s care at their Orlando home.

“When you’ve got a great mother-in-law and a great dad, they deserve for you to take care of them when they need you,” Tacoronte said. “I’m not going to let my wife be the sole caretaker to three people. It’s not fair to her.

“While I love fishing, my family is way more important. Always has been. I’ve proven it once, I’ll prove it again.”

Tacoronte was a force in his early days fishing on the West Coast, but he quit traveling to tournaments at 26 and concentrated on raising his son and starting his businesses, which included real estate and fishing tackle.

“I was a pretty hot stick on the West Coast. I was winning every other tournament,” he said. “When Cody was born, I quit. That’s when we moved to Florida. I didn’t want Cody’s first words to be ‘stranger.’ Unfortunately, that’s fishing. You’re either traveling or you’re not fishing.”

Tacoronte returned to fishing a fuller schedule about a decade ago and qualified to compete on the Elite circuit in 2017 after a great run in the Bassmaster Northern Opens.

Tacoronte has long held the dream of fishing in the Academy Sports + Outdoors Bassmaster Classic presented by Huk, and that dream is simply being put on hold, he said. Tacoronte will fish some of the St. Croix Bassmaster Opens Series presented by Mossy Oak Fishing tournaments and might even try to get to the championship via the TNT Fireworks B.A.S.S. Nation.

“Right now, I just can’t be gone for 10 days to New York, or three weeks to South Dakota and Wisconsin,” he said. “The Classic dream is still alive. That will never stop.”

Email ThisBlogThis!Share to TwitterShare to FacebookShare to Pinterest
Labels: Tacoronte Exits Elites To Focus On Family