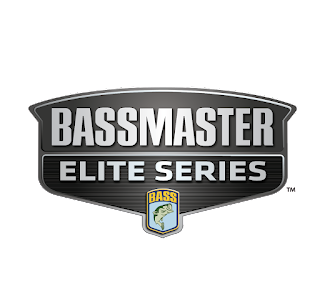 BIRMINGHAM, Ala. — With the 2022 Bassmaster Elite Series season barely in the history books, B.A.S.S. is already getting primed for another go-round as the 2023 Elite Series slate was announced today.

The schedule includes nine regular-season events in seven states with a healthy mix of familiar fisheries from recent schedules and some that B.A.S.S. hasn’t visited in a while. Along the tournament trail, these talented anglers will battle each other — and big bass — for the prestigious titles of Progressive Insurance Bassmaster Angler of the Year, Falcon Rods Rookie of the Year and Elite Series champion.

B.A.S.S. CEO Chase Anderson lauded the schedule as another great opportunity for the best professional anglers in the world to showcase their talents on diverse and exceptional fisheries.

“The 2023 Elite Series schedule allows us to visit multiple regions — including fisheries where we haven’t been in many years — to celebrate fishing fans and our great sport,” Anderson said. “Anglers are tested in a variety of environments, truly battling for the right to call themselves the Angler of the Year or Rookie of the Year.

“And, of course, for approximately 40 of those anglers, the nine Elite Series tournaments are the pathway to fulfill a dream and compete on the biggest stage in sportfishing — the Academy Sports + Outdoors Bassmaster Classic.”

The usual February Southern swing will have a slightly different flavor this year. After starting the season the past four years on the St. Johns River, the 2023 slate will open on world-famous Lake Okeechobee in Okeechobee, Fla., Feb. 16-19.

The massive Florida waterway has a drainage basin of approximately 2.8 million acres and is the second-largest natural freshwater lake contained entirely within the contiguous 48 states. B.A.S.S. has an extensive history on the “Big O,” having visited there 22 times since 1980, but this will be the organization’s first trip there since 2017.

From Florida, the Elites will move slightly to the north to fish another venue that was once a familiar stop on the Bassmaster Tournament Trail — Lake Seminole in Bainbridge, Ga. B.A.S.S. has visited the 37,500-acre Chattahoochee River reservoir 15 times since 1968, but not since 2015.

The lake has historically been known for some of the best sight fishing for bedding largemouth in the country, and the timing of the event — Feb. 23-26 — could play right into that storyline.

The regular season will pause in late March for the Academy Sports + Outdoors Bassmaster Classic, which is scheduled for March 24-26 in Knoxville, Tenn., with competition on the Tennessee River. The 2019 Classic held in Knoxville drew a then-record crowd of 153,809 spectators for all associated events, and similar crowds are expected for a Classic that will this time be held one week later in the year.

Once the regular season resumes, the Elites will set up shop in South Carolina with back-to-back events on Lake Murray (April 20-23, Columbia, S.C.) and Santee Cooper Lakes (April 27-30, Clarendon County, S.C.). B.A.S.S. has visited Lake Murray nine times for major events since 1991, but its most recent trip to the 50,000-acre Saluda River fishery was in 2011.

Santee Cooper Lakes has been the site of 12 major B.A.S.S. events, including the slugfest won by Georgia pro Drew Cook back in March with a Century Club catch of 105 pounds, 5 ounces. Second-place finisher Caleb Kuphall of Wisconsin also earned a Century Belt in that event with 103-1, and the Santee Cooper Lakes ranks third for the most Century Belts produced with eight. The lakes also ranked 10th on Bassmaster Magazine’s recent list of 100 Best Bass Lakes.

From South Carolina, the Elites will travel May 11-14 to Lay Lake in Shelby County, Ala. — a 12,000-acre Coosa River impoundment that holds the distinction of being the major fishery located closest to the B.A.S.S. offices in Birmingham. Four of B.A.S.S.’s five trips to Lay have been for Bassmaster Classics (1996, 2002, 2007, 2010), and the most recent trip to the central Alabama spotted bass haven was in 2020 for an Eastern Open.

“We are very excited to welcome the Bassmaster Elite Series to Shelby County,” said Kendall Williams, manager of tourism and events for Shelby County. “Lay Lake has some of the best bass fishing in the country, and hosting events of this caliber reminds us how thankful we are to have this resource in our backyard.

“Plus, we love that the Elite Series draws anglers and visitors from all across the U.S. who will get to experience the exceptional community of support by local restaurants, stores and other businesses.”

B.A.S.S.’s annual trip to Texas will visit the Sabine River in Orange, Texas on June 1-4. The organization has visited the Sabine River five times for major events since 2013, including a 2021 Elite stop won by Oklahoma pro Jason Christie.

Anglers’ skills will be on display for enthusiastic fans as they weigh in among a festival-like atmosphere featuring some of the largest crowds the Elite Series has ever seen. During that 2021 visit to Orange, an Elite Series record crowd of 40,107 fans attended the four-day event while generating more than $2.5 million in revenue for local businesses.

With the temperatures likely sweltering in the South, the Elite Series will turn North on July 27-30 with a trip to Lake St. Clair in Macomb County, Mich. B.A.S.S. visited the 275,200-acre smallmouth bass paradise three times from 1994 to 2001 and then took a hiatus from the fishery before visiting five more times from 2014 to 2020. St. Clair recently ranked No. 4 on Bassmaster Magazine’s annual list of 100 Best Bass Lakes.

A New York swing has been a staple on the Elite Series schedule the past several years — and in 2023, it will be the stretch run for the season.

On Aug. 17-20, the Elites will fish Lake Champlain from Plattsburgh, N.Y. It will be the 15th major B.A.S.S. event held on the 271,000-acre fishery on the New York/Vermont border, including the most recent one which was won by Maryland pro Bryan Schmitt in 2021.

The season will culminate on the 1000 Islands region of the St. Lawrence River in Clayton, N.Y., Aug. 24-27. The fishery recently earned the No. 1 ranking on Bassmaster Magazine’s list of 100 Best Bass Lakes — and anyone who followed the Elite Series’ most recent trip there knows why.

Wisconsin rookie Jay Przekurat won the event with a Century Club catch of 102-9, and Canadian pro Cory Johnston placed second with a Century Club entry of his own at 100-5, each hitting the 100-pound mark with solely smallmouth, a first-time feat in B.A.S.S. competition. The entire Top 10 cracked the 90-pound mark, and it was widely regarded as the top smallmouth event in B.A.S.S. history.

“I can honestly think of no better place to cap off the Elite Series season than on maybe the best smallmouth fishery on the planet,” said Chris Bowes, vice president of tournaments for B.A.S.S. “That event would be the center of the bass fishing world no matter when it was held. But to think it will help decide Angler of the Year and who makes the Bassmaster Classic — that’ll make for an amazing week for our sport.”

In 2022, Elite Series anglers earned eight Century Belts and 2023 has the potential to add more huge catches to the record book.

“I’m excited about the 2023 schedule and the opportunities to see huge bags and close finishes,” said Lisa Talmadge, tournament director for the Elite Series. “What a way to kick off our season by going back-to-back to big-bass factories with the potential to produce a Century Belt before heading to Santee Cooper and the 1000 Islands, which both produced multiple Century Belts in 2022! Add in locations that’ve had record crowds or tight finishes plus fisheries where we haven’t competed in years, and I think it’s going to be a lot of fun to watch for all of us.”

For complete coverage of the Elite Series, visit Bassmaster.com.