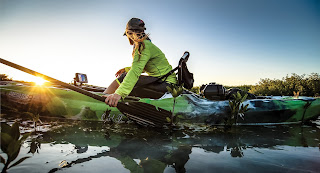 Humminbird® is pleased to announce the HELIX™ 5 G2 units, the second generation of the Humminbird HELIX 5, bringing anglers new features and a compelling value. The GPS units in the family all come pre-loaded with AutoChart® Live and are compatible with all Humminbird LakeMaster® charts, including SmartStrike™. In addition, the new units include digital sonar, Side Imaging and Down Imaging capabilities that have been enhanced through the use of CHIRP operating frequencies.All units feature the original HELIX 5’s best-in-class, ultra-bright 5-inch diagonal HD widescreen color display and professional features, but also include a new updated user interface.“Easy viewing and operation are now only part of the story,” says Humminbird Brand Manager, Ray Schaffart. “With the new HELIX 5 G2 we decided to deliver flagship Humminbird fish-finding technologies like CHIRP digital sonar, AutoChart® Live and Smart Strike™ at an accessible price point, giving more anglers state-of-the-art capabilities. Now, fishermen are not limited to what they can do because of screen size.”MEET THE G2 FAMILYThe HELIX 5 G2 family consists of five models to meet the individual needs of anglers and boaters. All units feature an updated operating system, 800H x 480V 5-inch 256-color TFT display, and allow for gimbal mounting, or in-dash mounting with an optional kit. International models support 200/50kHz. Optional 50 kHz transducers are available for extreme deep-water use. All models in the HELIX 5 G2 family are upgradeable, allowing users to receive software updates when they are available.