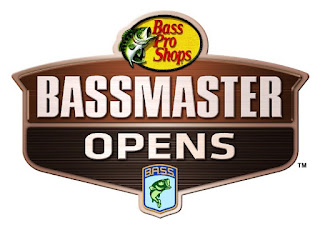 Bass anglers hoping for a spot in the 2017 Bass Pro Shops Bassmaster Opens tournaments will soon be able to apply, B.A.S.S. announced today. Registration opens for members of the B.A.S.S. Nation and Lifetime members of B.A.S.S. beginning on November 8.New this year in registration for the Opens is the ability of pro anglers to “link” with co-anglers during online signup. Like other pro-am events, Opens participation is limited to an equal number of anglers and co-anglers. By “linking” or ensuring the participation of a co-angler, anglers can improve their odds of getting into the tournaments.
“This new registration linking option will allow B.A.S.S. to better serve the anglers and allow interested competitors to secure coveted spots into the 2017 Bass Pro Shops Bassmaster Opens earlier,” said Chris Bowes, Opens tournament director. “With this improvement to our system, anglers can register, confirm entry and plan their tournament schedules.”
Anglers not linking with co-anglers will be permitted to register at later dates. (See the schedule below.)
The Opens Series consists of nine events, including three in each of three divisions: Southern, Central and Northern. Opens are the primary pathways into the prestigious Bassmaster Elite Series. Invitations are extended to the Top 5 anglers in each division, based on performance points through the season, who are not already qualified for the Elites.
In addition, the winner of any Open tournament earns a berth in the next year’s GEICO Bassmaster Classic presented by GoPro, provided he or she competes in all three tournaments of that division.
The tournaments include fields of 150 to 200 pros and the same number of co-anglers trying to catch the heaviest limits of bass — five for the pros and three for the co-anglers — for two days. The field is cut to the Top 12 in each division for the final day, with weigh-ins usually held at a nearby Bass Pro Shops.
Following are registration times for eligible anglers. Early entries are available only for those submitting deposits for all three events in one or more divisions. Online and call-in registration begins at 9 a.m. CT on these dates. Check http://www.bassmaster.com/file/497426/download?token=rEHW6V2H for more information.
Linking B.A.S.S. Nation and Lifetime Members (online) — Nov. 8, 2016
Linking B.A.S.S. Members (online) — Nov. 10, 2016
B.A.S.S. Nation and Lifetime members (online) — Nov. 15, 2016
B.A.S.S. Nation and Lifetime members (call-in) — Nov. 17, 2016
B.A.S.S. Members (online) — Nov. 29, 2016
B.A.S.S. Members (call-in) — Dec. 1, 2016
Single Event (online) — Dec. 6, 2016
Single Event (call-in) — Dec. 8, 2016