Bass Pro takeover of Cabela’s could be back on track

Deal back on
Originally posted in Angling International

Bass Pro’s buy-out of rival retailer, Cabela’s, which appeared to be facing collapse earlier this year, could be back on track.
But the cost of the acquisition will be $500 million less under the terms of a new merger agreement. 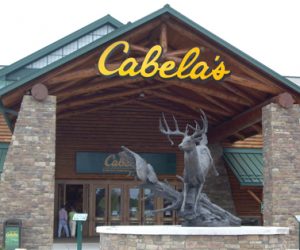 The $5.5 billion deal was announced in February, but then ran into difficulty when Cabela’s had problems selling the internal banking operation for its credit card programme.
Cabela’s had reached agreement to dispose of it to Capital One, with the deal being announced on the same day as the acquisition. But that move stalled when it failed to get approval from the Federal Trade Commission, putting the overall merger in jeopardy.
However, Synovus Financial, the Georgia owner of 250 south-east branches, is now reportedly planning to buy the banking business before reselling to Capital One. If Cabela’s should fail to complete the new sale then the broader deal will remain at risk.

The news prompted a recovery of Cabela’s stock, which made a 13.4% gain (to $53.11) over February, according to S&P Global Market Intelligence. However, at the time of writing, Cabela’s stock was still trading well below the $65.50 per share that Bass Pro offered in the takeover, giving some investors doubt about whether the purchase will go through.
Under the Amended Merger Agreement, Bass Pro Shops will pay $61.50 per share in cash, giving an aggregate transaction value of around $5 billion. The new terms were unanimously approved by the Cabela’s Board of Directors.
“This agreement allows us to look ahead with greater certainty toward the completion of our merger with Bass Pro Shops and offers a positive step forward for all parties,” said Tommy Millner, Cabela’s CEO. “We look forward to completing these transactions for the benefit of our shareholders, outfitters and outdoor enthusiasts.”
Johnny Morris, founder and CEO of Bass Pro Shops, described the announcement as ‘an important step forward’.
“We are excited about the opportunity to continue celebrating the great Cabela’s brand with ours as one unified outdoor family for our customers and for conservation,” he added.
The deal is scheduled to be closed in the first half of this year.
Posted by IBASSIN.COM at 3:30 AM