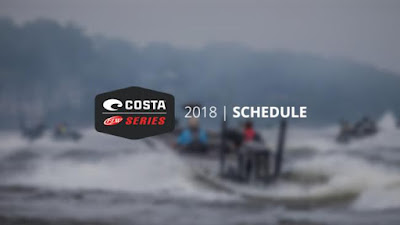 FLW PRESS RELEASE
The 2018 Costa FLW Series schedule, which will consist of three events in each of the five divisions – Central, Northern, Southeastern, Southwestern and Western – along with the no-entry-fee Costa FLW Series Championship to be held on Lake Guntersville in Guntersville, Ala.