On Friday, October 20, 2017, FLW formally announced that CSFL will be taking over FLW Canada tournaments. The FLW Canada Cup will be held on August 16-18, 2018 on Bay of Quinte (bay only). The full schedule and event locations have yet to be released.  All FLW Canada tournaments will be open to all anglers and no FLW Canada membership is not required.

Here is the official press release: 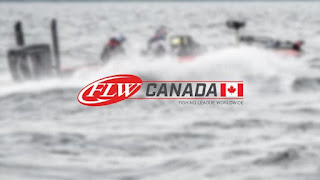 FLW has reached an exclusive licensing agreement with the Canadian Pro Bass Tour to assume operation of FLW Canada bass tournaments. The agreement was signed by FLW President of Operations Kathy Fennel and Andrew Pallotta, president of the Canadian Pro Bass Tour.
“Canadian bass anglers are among the best in the world, and they deserve world-class events in which to showcase their talent,” Fennel says. “We are excited to announce Andrew Pallotta as our new partner in Canada. We are confident that his extensive background in tournaments and sport shows will further elevate the status of FLW Canada tournaments and provide a promotional platform befitting such a talented group of anglers.”

FLW Canada will continue to advance two pros and two co-anglers to the Costa FLW Series Championship each year, where they will compete against the full field and other International Division anglers from China, Korea, Mexico and South Africa. The highest finisher in the International Division will advance to the Forrest Wood Cup.

“Our goal is to provide professionally run tournaments that welcome all anglers and provide Canadian citizens with opportunities for advancement that they cannot receive anywhere else,” Pallotta says. “We will start with one major event, the FLW Canada Cup, and grow from there with a focus on providing highly competitive and enjoyable tournaments for the largest number of anglers possible.”

The FLW Canada Cup, scheduled for Aug. 16-18, 2018 on Bay of Quinte (bay only), is open to all anglers. FLW Canada membership is not required to compete in the new FLW Canada tournaments. Additional tournament details will be announced soon. Watch for the re-launch of FLWCanda.com and related social media pages in the next 30 days. In the meantime, all FLW Canada inquiries can be directed to andrew@fishandboatshow.com.
Posted by IBASSIN.COM at 2:30 AM