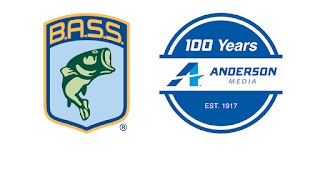 Anderson Media has been an investor in B.A.S.S. for several years. It increased its share of the company Tuesday, and, in a statement released today, it promised “business as usual” for B.A.S.S., which celebrates its 50th anniversary next year.

The company will continue to operate with Bruce Akin as CEO and the current owners involved in the business.

Chase Anderson, a fourth generation shareholder of the Anderson Companies and director of Anderson Media and B.A.S.S., and an avid outdoorsman, will join B.A.S.S. fulltime.

“This will provide seamless continuity for B.A.S.S. and those connected with it,” said Anderson. “For the fishing professionals, the loyal sponsors and advertisers and, most importantly, the millions of people nationwide who love this sport, things will both remain as they are and continue to improve.”

B.A.S.S. headquarters will remain in Birmingham, and JM Outdoors, its television and video production arm, will continue to operate out of Little Rock, Ark.

“During the past several years as an investor in B.A.S.S., we have had a chance to get to know B.A.S.S. and the bass fishing industry, and we feel so strongly about B.A.S.S. and the industry that we decided to acquire a controlling interest in B.A.S.S.,” Anderson added. “We are excited about the long-term growth potential for the B.A.S.S. business.”

“The family-owned Anderson Companies share the same roots and principles as B.A.S.S. and will provide new opportunities for growth thanks to their internet marketing, consumer products brand representation and retail services experience,” Akin said. “They are dedicated to the same objectives that have guided the previous B.A.S.S. owners, Don Logan, Jerry McKinnis and Jim Copeland. When they bought B.A.S.S. in 2010, they were intent upon strengthening the company and growing the sport of bass fishing, and they’ve been successful. Anderson Media plans to continue to build upon those achievements.”

“The Anderson companies have a century of business expertise, particularly in marketing,” said Anderson. “We believe we can apply that expertise in ways that will help B.A.S.S. and the sport itself grow and prosper.”

Logan, who has been a friend and business associate of the Anderson family for more than 30 years, believes B.A.S.S. is in good hands. “They have a long-term strategy to help the companies they acquire achieve their full potential,” he said. “They do business like we do.”

Founded in 1917 in Florence, Ala., as a corner bookstore and newsstand, the Anderson Companies are now a diverse global organization. The largest Anderson Media owned company is Anderson Merchandisers which specializes in brand representation, marketing and retail services. It is one of only five designated in-store preferred service providers for Walmart. Other Anderson family-owned companies include internet sales and marketing companies naturalhealthyconcepts.com and magazines.com, marketing distributor TNT Fireworks, the nation’s largest consumer fireworks brand, and retailers Books A Million, 2nd & Charles, and Yogurt Mountain.

B.A.S.S. has industry-leading magazines (Bassmaster and B.A.S.S. Times), website Bassmaster.com and television programming (The Bassmasters on ESPN2). Its Bassmaster Elite Series is the premier bass tournament circuit in the world, and the annual Bassmaster Classic is widely considered the “Super Bowl of bass fishing.” B.A.S.S. was founded in 1968 by Ray Scott of Montgomery, Ala., regarded by many as the father of modern bass fishing.

About B.A.S.S.
B.A.S.S. is the worldwide authority on bass fishing and keeper of the culture of the sport, providing cutting edge content on bass fishing whenever, wherever and however bass fishing fans want to use it. Headquartered in Birmingham, Ala., the 500,000-member organization’s fully integrated media platforms include the industry’s leading magazines (Bassmaster and B.A.S.S. Times), website (Bassmaster.com), television show (The Bassmasters on ESPN2), radio show (Bassmaster Radio), social media programs and events. For more than 45 years, B.A.S.S. has been dedicated to access, conservation and youth fishing.