The Remaking of a Super Giant 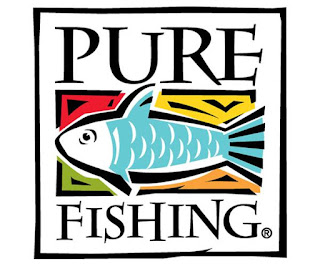 Newell Brands, the owner of up-for-sale Pure Fishing, has completed the first disposal of its latest batch of companies that are deemed surplus to requirements.
The New York-based conglomerate has sold Rawlings Sporting Goods for approximately $340 million. The sale is part of its previously announced Accelerated Transformation Plan which includes the sale of companies within its organisation that are not part of its long-term plans – including Pure Fishing.
It aims to sell-off unwanted brands to create a ‘simpler, faster stronger portfolio of leading brands’.
There has been no update on the situation involving Pure Fishing or any negotiations with interested parties.


The home of Pure Fishing’s Hardy & Greys, one of the most famous tackle brands in the world, has come under threat for a second time. A bid to build 100 homes on the site occupied by the UK-based company has been refused. But an earlier proposal to develop the land for residential purposes has gone to appeal at a public inquiry next month.
The most recent application was rejected at a meeting last week of the Northumberland County Council’s strategic planning committee. The first proposal was turned down last year. Both bids are believed to be contrary to a neighbourhood plan that favours designation of the Willowburn Trading Estate in Alnwick as employment land.
According to Grant Ottignon-Harris, Pure Fishing’s Managing Director UK, Continental Europe and South Africa, the company signed a five-year lease in 2016, with the option of extending it for a further five years.
Pure Fishing has made significant investment in the premises in the last few years, including refurbishment of the retail store and a new showroom. Alnwick has been home to Hardy since the company’s foundation in 1872.
Posted by IBASSIN.COM at 1:30 AM

Email ThisBlogThis!Share to TwitterShare to FacebookShare to Pinterest
Labels: selling of pure fishing