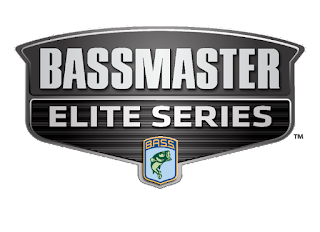 After 50 years of setting the world standard for professional bass tournament competition, B.A.S.S. made historic changes to the Bassmaster Elite Series on Monday, which will elevate the sport to levels never seen before. Elite Series pros will begin the 2019 season with a smaller field of competition, vastly increased payouts, dramatically reduced entry fees and the promise of more exposure through the company’s industry-leading media platforms. “We just celebrated our 50th anniversary at B.A.S.S., and made the decision to create an environment second to none in the world of professional bass fishing,” said Bruce Akin, CEO of B.A.S.S. “Our anglers have been loyal to the Elite Series, and we want to not only reward that loyalty, but also redefine what it means to be a professional angler. We feel the new Elite Series format accomplishes these goals, and also provides bass fishing fans with more of the content they crave.” First, the 2019 Elite Series field size will be based on 80 anglers, down from 110 last year. This reduction in the number of competitors will not only allow the pros to get more exposure through B.A.S.S. media platforms, but also will improve their odds of winning and qualifying for the Bassmaster Classic. The new format features three no-entry fee events that will payout $1 million each: Toyota Bassmaster Texas Fest benefiting Texas Parks and Wildlife Department, Toyota Bassmaster Angler of the Year Championship and the Bassmaster Classic presented by DICK’S Sporting Goods, bass fishing’s crown jewel. Additionally, the eight regular-season Elite Series events will now pay the entire field of anglers, a first in the world of professional fishing. First-place prize will remain $100,000, but now the last-place angler will earn $2,500.
Increased payouts are just half of the story, though. Alongside the three no-entry fee events, B.A.S.S. slashed regular-season entry fees by $5,375. So, the entry fees for Elite Series anglers is now $43,000. Because every angler is guaranteed to make at least $23,500, the total out of pocket expense is now only $19,500. But there is even more good news for Elite Series anglers. B.A.S.S. is providing a $20,000 credit to anglers who competed in the 2018 Elite Series season and who take advantage of an early entry fee offer, giving these fishermen a $500 surplus above participation fees. So, for the first time in the history of professional bass fishing, anglers are actually being paid by the league to fish. In total, B.A.S.S. is investing an additional $3 million in payouts and reduced entry fees for the 2019 Elite Series. Not only has B.A.S.S. made a historic financial commitment to anglers through lower entry fees and higher payouts, but the organization also announced an increased investment in exposure opportunities for the pros. Starting with the 2019 season, the incredibly popular Bassmaster LIVE show on Bassmaster.com, which has generated over 2.5 million video views and 59 million minutes of content consumed by fans, will be produced all four days of Elite Series events. Plus, there will be live-streaming cameras on every boat on semi-final Saturday, as well as Bassmaster LIVE cameras on every angler for Championship Sunday. The Bassmasters TV show is being revamped with a renewed focus of on-the-water footage featuring more anglers, catching more bass. Other opportunities for Elite Series anglers to get exposure for their sponsors include Bassmaster Magazine, which has a readership of 4.4 million; B.A.S.S. Times, which reaches 100,000 of the nations most avid anglers; Bassmaster Radio, which airs on 200 stations on the SB Nation network; and Bassmaster.com, which averages over 1 million unique visitors per month. “We want the world to know that B.A.S.S. and our incredible stable of sponsors are committed to growing the sport of bass fishing,” Akin said. “Ray Scott launched the sport and industry 50 years ago with the creation of B.A.S.S., and we will continue to push his vision forward for the next 50 years.”
Posted by IBASSIN.COM at 2:30 AM