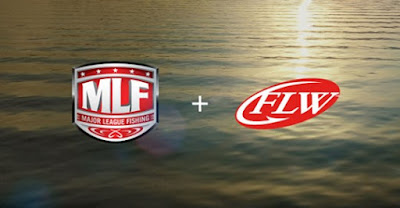 “Major League Fishing was founded by tournament anglers, so we are an angler-driven league,” said Boyd Duckett,MLF co-founder and board director. “We respect and value the loyal FLW Series and BFL anglers, and we are very excited to announce the enhancements to what was already the best grassroots organization on the planet. I am confident that the anglers will be extremely satisfied with both the FLW Series and BFL circuits moving forward.”
The BFL is the stepping-stone to the FLW Series, which is now the pathway to the new 150-angler FLW Pro Circuit and ultimately MLF’s Bass Pro Tour, where 80 of the world’s top pros compete with no entry fees. The FLW Series and BFL also put anglers in front of the sport’s largest fan base, with coverage on FLWFishing.com, Facebook, Instagram and Twitter reaching more than 1 million fans each month.
Earlier this month, MLF announced an agreement to acquire FLW. This deal, which brings together the largest grassroots organization in the world with the best pro anglers in the world, is expected to close in the coming days.
“It’s the best of both worlds for FLW anglers – what you’ve come to know and expect from FLW, now with the power of Major League Fishing behind us,” said Kathy Fennel, FLW President of Operations. “We are proud of the fact that no other organization offers higher rewards for lower entry fees.”
Complete details for the FLW Series and T-H Marine Bass Fishing League are available at the links below
Posted by IBASSIN.COM at 6:30 PM