Experience The Thrill Of Big Bass Fishing With Bassmaster Fishing 2022, Coming This Fall 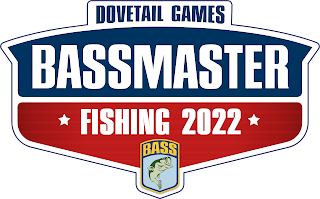 Gamers and anglers alike can celebrate as Dovetail Games, developer and publisher of authentic simulation titles, announced a new partnership with B.A.S.S. to create the biggest bass fishing video game ever made, Bassmaster Fishing 2022.

As part of the partnership, Dovetail Games and Bassmaster Fishing 2022, the official video game of B.A.S.S., will be featured as the title sponsor of this week’s Bassmaster Elite at the Sabine River in Orange, Texas.

“B.A.S.S. remains at the forefront of promoting fishing and reaching out to new audiences,” said B.A.S.S. CEO Bruce Akin. “We are incredibly excited to be partnering with Dovetail Games on Bassmaster Fishing 2022, and we can’t wait to see our tournaments and anglers featured in-game. Having the official video game as the title sponsor for the Elite event at the Sabine River demonstrates how successful this partnership is going to be.”

Bassmaster Elite Series angler Scott Martin is working closely with Dovetail Games to help create this exciting new simulation title and will be featured prominently throughout the game and its career modes. Martin’s dream of competing on the Elite Series, qualifying for the iconic Academy Sports + Outdoors Bassmaster Classic presented by Huk and fulfilling his family’s legacy is well-known in the fishing world, and soon players will be able to see if they have what it takes to become a Bassmaster Classic champion.

“I’m pumped to be working with Dovetail Games again,” said Martin. “Everyone knows I have unfinished family business and my aim is to win the biggest prize in bass fishing. I’m so excited that fans will get the opportunity to try to do the same through the game. It would be incredible to win my first Elite Series event when Bassmaster Fishing 2022 is the title sponsor.”

Jon Rissik, CEO of Dovetail Games, echoes Akin and Martin’s enthusiasm. “Partnering with a prestigious organization like B.A.S.S. and an Elite angler like Scott Martin is incredibly exciting, especially for our passionate team of anglers creating the game. The expertise, experience and knowledge of the Bassmaster team and Scott will help ensure a fantastic and authentic sportfishing experience.”

In development for the PlayStation®5, PlayStation®4, Xbox Series X|S, Xbox One family of devices including the Xbox One X and Windows PC via Steam, the in-depth fishing simulation will release in North America and Europe this fall.

More information about the new technology and features being added to Bassmaster Fishing 2022 to enhance immersion and deliver an authentic angling experience will be announced in the coming months.

Visit Bassmasterthegame.com as well as Bassmaster and Scott Martin’s social channels for updates.

Email ThisBlogThis!Share to TwitterShare to FacebookShare to Pinterest
Labels: Coming This Fall, Experience The Thrill Of Big Bass Fishing With Bassmaster Fishing 2022