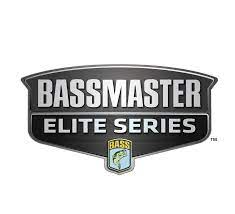 Minnesota-based Rapala, maker of premium lures and other fishing tackle and accessories, is expanding their partnership with B.A.S.S., signing a three-year deal as a premier sponsor after serving as the title sponsor of the ultrapopular Fantasy Fishing program and as a supporting sponsor of the Bassmaster tournament trail for the past two years. Additionally, Rapala’s new Monster Bag prize will pay $7,000 to the angler with the heaviest single-day bag during the Academy Sports + Outdoors Bassmaster Classic presented by Huk.

“We are excited to take our fantastic partnership with Rapala to the next level as we work together to build excitement among the anglers and fans across the Bassmaster tournament trail,” said B.A.S.S. chairman and CEO Chase Anderson.

Additionally, Rapala will be highlighted during Bassmaster LIVE, which is streamed on Bassmaster.com and broadcast Saturday and Sunday mornings on the FOX Sports platforms, and will enjoy exposure in Bassmaster and B.A.S.S. Times magazines and across various industry-leading social media platforms.