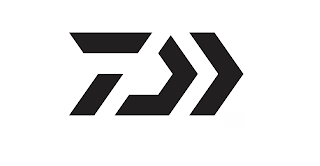 Daiwa, one of the world’s largest tackle companies, has signed on as a supporting sponsor for the Bassmaster Tournament Trail through 2024, B.A.S.S. officials announced today.

“All of us at Daiwa are very excited about our next step with B.A.S.S. as a supporting sponsor,” said Daiwa President Carey Graves. “Our passion for the sport of bass fishing drives us as a company to create and innovate fun and exciting new products and, with our new partnership, this will give us an opportunity to showcase them in a way that we can interact with the B.A.S.S. members and supporters. We look forward to the future with B.A.S.S. and their members!”

“Having the opportunity to work with Daiwa was a career-changing move,” said Walters. “With their top-of-the-line gear, your only thought is catching the next fish.”

“We’re thrilled to welcome Daiwa as a new supporting sponsor as we partner to advance sportfishing,” said B.A.S.S. CEO Chase Anderson. “Daiwa already supports some of the biggest stars on the Bassmaster Elite Series, and we are excited for the opportunity to partner with Daiwa to reach anglers both here at home and abroad as we nurture a new generation of tournament anglers at our Bassmaster events and through our industry-leading platforms.”