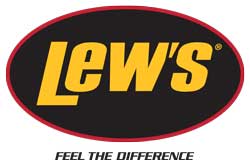 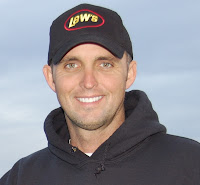 Robinson, from Lyman, S.C., has been competing along the Elite
Series tournament trail since 2007. He has five top 10 finishes to his credit, including a third place check from the 2012 B.A.S.S. Elite event held in June on Toledo Bend Reservoir. The 2013 Bassmaster Classic will be the second such appearance for Robinson; his first was last year's on the Red River out of the Shreveport-Bossier City, La., area.
Christie, an Oklahoma angler who resides at Park Hill near Lake Tenkiller, has mostly fished FLW tournaments over the past dozen years. He's earned nearly $650,000 on that trail, including the top prize money from five BFLs on Grand Lake. He's also added another $105,000 in earnings from B.A.S.S. events, with most of that coming from his two Bassmaster Open wins last year. One of those, his July win on the Detroit River in Michigan while fishing in the Northern Open series, is what qualified him for the upcoming Bassmaster Classic. He also won the Central Open tournament on Oklahoma's Fort Gibson Lake in September. 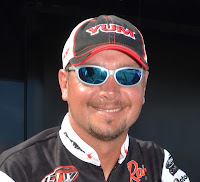 Both anglers are known for their versatile fishing skills and are therefore expected to do well in fishing the cold waters of Grand
during the February timeframe. Among all Classic contenders,
Christie likely has more experience on this particular lake than
any of the others anglers, adding even more pressure for him to do well in this event that many consider to be bass fishing's Super Bowl.


"Yes, winning the Bassmaster Classic is a big deal for an angler and his sponsors, but that's not why we've tapped Marty and Jason for Team Lew's," said Lynn Reeves, Lew's CEO. "First and foremost, both of these anglers are classy guys that present themselves well in whatever the circumstances on and off the water. They are simply a good fit for the Lew's brand which has earned its reputation by being a workhorse name that you can always depend on.

"Marty and Jason are joining an elite group of like-minded individuals that make up our team and make us proud every day of the year, not just during the Classic," Reeves added.

Robinson and Christie will join other Team Lew's members fishing in the Classic, including Terry Scroggins, Mark Davis, and Cliff Prince, along with B.A.S.S. Federation angler Jared Knuth. Event attendees will also find more Lew's team members present in Tulsa at the same time, including bass professional David Fritts, Tim Horton, Kevin Short, Mark Menendez, Stephen Browning, Peter Thliveros, Gerald Brown and Andrew Upshaw, plus crappie fishing guru Wally Marshall, all in the Lew's booth at the Bassmaster Classic Outdoor Expo.
The Bassmaster Classic and Classic Outdoor Expo dates are Feb. 22-24. The expo is held in the Tulsa Convention Center; the daily weigh-ins are held nearby at the BOK Center. Admission is free to both activities.
The Lew's brand got its start more than 60 years ago, but only recently has returned to a place of prominence in the fishing industry after getting high marks from fishermen and retailers for its entire new lineup of rods and reels. All Lew's products, including the new-for-2013 BB1 series, feature the company's ongoing promise to deliver "lighter, faster and stronger" rods and reels.
For more information about Lew's pros and products, visit www.Lews.com.
Posted by IBASSIN.COM at 7:39 AM