Two More Champions Added to Illustrious Pro Staff
(Press Release from GYCB)
Gary Yamamoto Custom Baits, a legendary manufacturer of high performance fishing tackle, announced today that they have added veteran bass pros Larry Nixon and Jay Yelas to an already loaded pro staff. Both anglers currently fish the FLW Tour, but each has a Bassmaster Classic victory to his credit in addition to multiple Angler of the Year titles.
“I’m proud to add Larry and Jay to my team,” said company founder Gary Yamamoto. “Both of them are not only champion anglers, but also true professionals. I look forward to their many future successes on the water and their help developing my product lineup.” 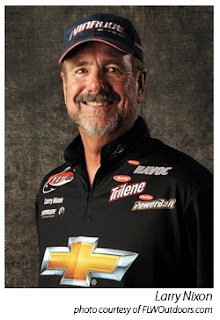 Nixon won the Bassmaster Angler of the Year title in 1980 and 1982 and earned a Classic victory on the Ohio River in 1983. He’s been to 25 Classics and 13 Forrest Wood Cups. While some of his contemporaries have elected to retire, the Arkansas pro keeps on fishing at the highest possible level – he earned his most recent tour victory on the Detroit River this past August.
“I’ve been a big fan of Gary’s for many, many years,” Nixon said. “He makes some of the greatest baits ever designed and this is a great opportunity for me.”
Yelas won the Bassmaster Angler of the Year title in 2003 and the FLW Tour Angler of the Year title in both 2002 and 2007. He also won the Bassmaster Classic in 2002, one of 16 times he qualified for the B.A.S.S. championship. Additionally, he has competed in nine Forrest Wood Cup tournaments. The west coast native moved back to Oregon in recent years and the partnership with GYCB similarly marks a return to his western roots. Like Nixon, he has been friends with Gary Yamamoto for the better part of 25 years. 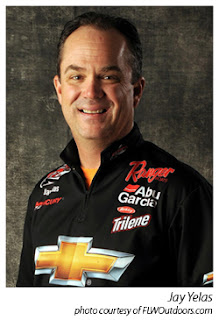 “I’ve used the Yamamoto Hula Grubs and double tails for a long time and I’ve always been a believer in their effectiveness,” Yelas said. “I’ve also been a closet Senko user as long as they’ve been around. All of the pros are. No one else has been able to make a soft stickbait with the exact same action.”
Gary Yamamoto Custom Baits, based in Page, Arizona, makes tournament-tested fishing tackle that can be used effectively by novices and champion anglers alike. The company produces a wide range of products, most notably soft plastics baits such as the Hula Grub and the Senko, two first-of-their-kind lures which remain the standard-bearers for their categories today.
Posted by IBASSIN.COM at 7:35 AM