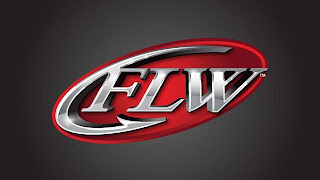 MINNEAPOLIS – FLW officials have announced the new rules for the 2014 Walmart FLW Tour season as well as some additional tweaks to FLW Tour regular season qualifying event payouts. Among the highlights: Anglers who finish in 21st through 60th place will receive a $10,000 check for each and every qualifying event of the 2014 regular season.
“While overall awards for the season remain unchanged, we’ve restructured payouts to extend $10,000 awards through 60th place in every qualifier,” said FLW President of Operations Kathy Fennel.
In addition, for the 2014 season, umbrella rigs – commonly known as the Alabama rig or A-rig – will be prohibited from FLW Tour competition.
“FLW has thoughtfully studied the use of umbrella rigs for two seasons, and we’ve decided to no longer permit their use on the FLW Tour,” said FLW President of Operations Kathy Fennel. “The rigs have simply evolved to a point that we can no longer wait for state-enforced restrictions to be developed. That said, umbrella rigs will be permitted in our other tournament circuits, but with restrictions that limit them to a maximum of five wires outfitted with a maximum of five spinners and five lures, only three of which can have hooks. This decision is consistent with the wishes of a majority of our anglers while heading off potential conservation concerns.”

After taking a wait-and-see approach with regard to use of umbrella rigs on the FLW Tour in 2012 and 2013, FLW officials came to the conclusion, after seeking input from FLW Tour pros, that it was in the best interests of the sport to prohibit the use of umbrella rigs at the Tour level.
“It’s definitely a step in the right direction,” said 2013 Forrest Wood Cup champion Randall Tharp. “From the very first tournament of the year I saw where this was heading. The biggest reason I didn’t like it was that it made a whole lot of other technologies obsolete and that’s not good for the sport. The question for me was: Where do you draw the line? At Beaver Lake some people were throwing 20 baits on one rig. So where does it end? I realize that new technology has always been part of the sport, but I think in this case, FLW did a good job drawing a line where they did.”
To view the official 2014 Walmart FLW Tour rules, click here.
2014 FLW Tour qualifying event pay tables
The following table shows the payouts for each of the 2014 FLW Tour regular season qualifying events: