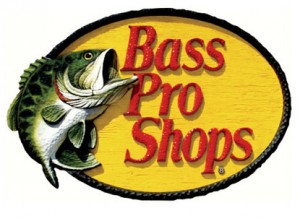 Bass Pro Shops has shed jobs at its headquarters and laid off an average of six employees at most of its nearly 90 retail stores.

The company’s Vice President, Paul Shore, last week told newspapers out west that the retailer, which has annual revenues of over $4.2 billion, was making the job cuts as part of an effort to be more efficient and had nothing to do with its financial situation.

It is estimated that more than 500 jobs will be cut – around 2% of Bass Pro’s 22,000 workforce. The retailer is continuing with its plans to open eight new stores this year, including five in Florida.
Among private companies in the US, Bass Pro Shops ranks number 100 according to Forbes and was also rated on another Forbes list as one of the best companies to work for.

More than one million visitors went through the turnstiles in just 70 days after the opening of the Bass Pro Shops Memphis Pyramid in April. On the first day alone, more than 35,000 came through the doors.

After lying empty for years, the pyramid-shaped former home of NBA side Memphis Grizzlies has been transformed into a new national destination attraction and boasts restaurants, retail, a hotel and attractions to appeal to outdoor enthusiasts.

“From the outset we envisioned Bass Pro Shops at the Pyramid as a ‘must-see’ destination and the enthusiastic response confirms our customers agree,” said General Manager David Hagel.
The brainchild of Bass Pro Shops owner, Johnny Morris, the ambitious Memphis project is the single largest investment the company has made outside its headquarters in Springfield, Missouri.