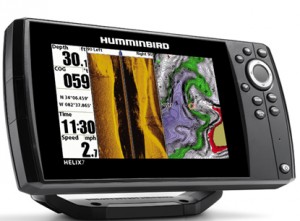 Johnson Outdoors has won a patent infringement case against competitor Garmin International Inc.
A US administrative law judge at the International Trade Commission (ITC) has ruled that Garmin violated the Tariff Act of 1930 by selling SideVü sonars, which the judge found violated a Johnson Outdoors side scan sonar patent used in some of the Racine, Wisconsin company’s award-winning Humminbird® fish finders.

Key findings of the judge included that all three patents asserted by Johnson in the case were valid and enforceable and that numerous models of Garmin’s SideVü sonars directly infringed six patent claims.
The result of the ruling means that Garmin will be excluded from importing the offending sonars into the US. A cease and desist order has also been issued prohibiting Garmin from selling any infringing products from its inventory. The ruling is subject to review by the ITC.

“Humminbird’s pioneering, patented side scan technology, marketed under its SideImaging® brand, is a gold standard in fishfinders,” said Helen Johnson-Leipold, Chairman and CEO of Johnson Outdoors. “This reflects our unique understanding of anglers and our expertise in designing products which provide the best fishing experience on the water.

“We are recognised as an innovation leader – a company that respects the intellectual property of others and protects its own. Obviously, we are pleased by this initial victory and look forward to a final resolution by the ITC regarding this matter in the months ahead.”