Get Ready for the 2016 Rayovac Tournaments. 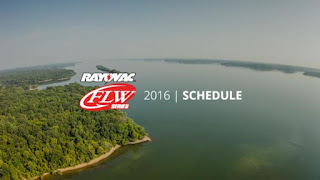