2022 Bassmaster Classic Will Be Held At Lake Hartwell 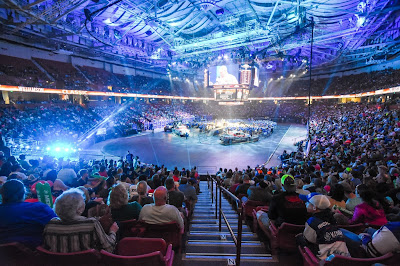 The world’s most prestigious professional bass tournament will be returning next year to the site of some of the best moments in the sport’s famed history.

B.A.S.S. officials, along with Visit Anderson and VisitGreenvilleSC, announced today that the 2022 Academy Sports + Outdoors Bassmaster Classic presented by Huk will be held for the fourth time at scenic Lake Hartwell, March 4-6, with takeoffs from Green Pond Landing & Event Center. Daily weigh-ins will be held at the Bon Secours Wellness Arena and the annual Bassmaster Classic Outdoors Expo will take place at the Greenville Convention Center, both of which are in nearby Greenville.

B.A.S.S. CEO Bruce Akin said the organization is excited to once again visit a venue that has become the gold standard for professional bass fishing events.

“Everything about Lake Hartwell and the city of Greenville make them the perfect setting for the Super Bowl of Professional Bass Fishing,” Akin said. “The Bassmaster Classic is not only a chance for the best anglers in the world to showcase their abilities, it’s an annual celebration of the sport itself.

“Lake Hartwell provides the perfect site for amazing competition, and the city of Greenville provides the hotels, restaurants and other facilities you need for an event the size of the Classic.”

Hartwell is a 56,000-acre man-made reservoir situated between Georgia and South Carolina and encompassing portions of the Savannah, Tugaloo and Seneca rivers. It features a vast array of habitat and a good population of both largemouth and spotted bass that are likely to be in the prespawn phase when the Classic competitors arrive.

The fishery has hosted three previous Classics that each provided action-packed finishes.

The fans turned out in droves for all three visits, creating an electric atmosphere for the weigh-ins and packing the Expo all three days.

“The Upstate of South Carolina is thrilled to welcome the Bassmaster Classic back to Lake Hartwell for the fourth time since initially hosting back in 2008,” said David Montgomery, Vice President of Sales for VisitGreenvilleSC. “Not only has the Classic set attendance records each year it has returned, but it has proven to be one of our largest economic impact events for the Greenville region.”

In 2018, a then-record crowd of 143,323 fans attended all of the Classic-related events. That Classic won a Sports Destination Management Innovation in Sports Tourism award for its ability to have two destinations working together for such a large economic impact.

"We are very excited for the opportunity to host the Bassmaster Classic once again on Lake Hartwell,” said Neil Paul, Executive Director of Visit Anderson. “The leadership of Anderson County has made a significant commitment to Green Pond Landing and the marketing efforts of Lake Hartwell, and we expect another record-breaking event with our teammates from Greenville.

“Hosting our fourth Bassmaster Classic on Lake Hartwell is significant to our community because no other fishery will have hosted more Bassmaster Classic events. Having hosted this great event in the past, we can speak firsthand to the significant economic impact it will have on the Upstate of South Carolina and the impact of residual tourism that will be felt in Anderson County for years to come."

Most recently, Hartwell hosted a Bassmaster College Series tournament that was won by Carson-Newman University anglers Ben Cully and Hayden Gaddis with a two-day total of 35 pounds, 10 ounces. In two days, a giant field of 261 teams caught just over 4,536 pounds of bass.

The 2022 Classic will feature 55 qualifiers who will earn their berths through the Elite Series, the Opens, the TNT Fireworks B.A.S.S. Nation circuit, the Carhartt Bassmaster College Series presented by Bass Pro Shops and the Bassmaster Team Championship plus the defending Bassmaster Classic champion and winner of the final Elite Series event of the 2021 season. They will compete in the no-entry fee event for their share of a whopping $1 million purse, with the champion earning $300,000.

“Since its inception, the Classic has been a tournament that changes lives,” said B.A.S.S. Chairman Chase Anderson. “The payday is great, sure. But the opportunity to refer to yourself as ‘Bassmaster Classic champion’ for the rest of your life — there’s no greater clout in our sport.”

The Bassmaster Classic is being hosted locally by Visit Anderson and VisitGreenvilleSC.

Email ThisBlogThis!Share to TwitterShare to FacebookShare to Pinterest
Labels: 2022 Bassmaster Classic Will Be Held At Lake Hartwell