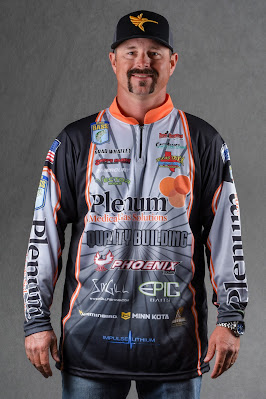 BIRMINGHAM, Ala. — For the last 12 years, Texas angler Brad Whatley has dealt with the autoimmune disorder known as Crohn’s disease. Fortunately, over the last eight to nine years, the disease was in remission and caused him few issues — until the beginning of 2022.

Earlier this year, the disease flared up again, causing excruciating pain. The flare-up was bad enough that Whatley spent several days in the hospital in January, just before the start of the Bassmaster Elite Series season, and he has been forced to go back to the hospital four times since then.

After battling the pain through the first four events of the season, the two-time Classic qualifier will take a medical hardship and focus on getting the disease back in remission.

“Out of the four events I’ve fished this season on the Elites, two of them I had absolutely no business being out there,” said Whatley. “I’ve had to miss a quarter of the practices this season because I just physically couldn’t do it. I’ve tried to battle through it, but at the end of the day, it’s taken its toll on me.”

Since the flare-ups began again, Whatley was placed on new medication, and he feels confident that this will help get him back to better health.

In the coming weeks, Whatley is set to have a procedure to help give the doctors a better idea of what they’re up against and also determine if surgery is needed to fix the issue long-term.

“If I don’t require surgery, and this new medicine works, it’s possible that the disease will be back in remission in six to eight weeks,” said Whatley when asked what’s next. “It’s no different than if someone were to break their leg. When that happens, you have to rehabilitate that. That’s pretty much where I’m at with this right now — I can deal with pain, but I can’t deal with the injury.”

Given the fact that the Texan previously recorded Top 30 finishes or better on the fisheries hosting the next three Elite events, he was ready to turn his season around and jump back up in the points. Whatley realizes that this is a far more important issue to handle.