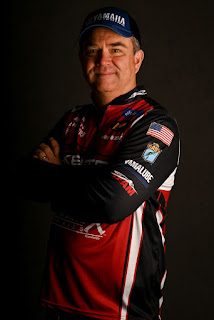 BIRMINGHAM, Ala. — After dealing with severe tendinitis in both of his arms for the majority of the year, Bassmaster Elite Series angler Jay Yelas has decided to take a medical hardship and will miss the remainder of the season.

The pain began during the second event of the year at the Harris Chain of Lakes when Yelas made an awkward hook set that caused extreme pain in his right arm. Over time, that same pain began to take over his left arm from relying heavily on it to carry the weight that his right arm could no longer take.

The former Bassmaster Classic champion dealt with the pain and battled through it until Semifinal Saturday of the Simms Bassmaster Elite at Lake Fork. Despite the fact that Yelas was sitting in 13th place heading into Day 3, the pain had become so unbearable that he had to sit out the remainder of the event.

After a sports medicine doctor examined Yelas, he came to the conclusion that the best thing to do is take the medical hardship and let the condition heal rather than further irritate the injury.

“It’s really been a bummer,” said Yelas. “I’ve been having one of my better seasons that I’ve had in a while. After Friday’s weigh-in, I was sitting around 30th in Progressive Insurance Bassmaster Angler of the Year points.

“I went and saw a sports medicine doctor on Monday morning, and she suggested that I just need to cool it. It’s really common sense — if something is harming your body, you need to stop doing that thing.”

While the Oregon pro looked into short-term solutions, it was deemed that the risk for further injury was much greater if he didn’t get things worked out now, as opposed to after the season.

As it stands now, Yelas plans on resting and rehabbing his arms in hopes of being back to full health in four to six months.

“It’s just a matter of stretching, strengthening and rehabbing it with physical therapy to get it back to where it needs to be,” he said. “I’ve been really fortunate to never have an injury like this over the course of my 35 years fishing professionally.”