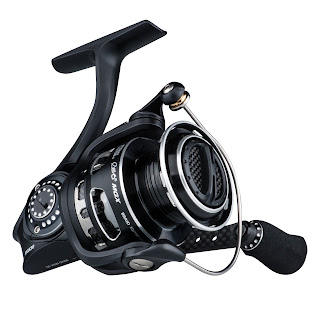 These reels represent the highlights from the 2016 line up, which represents a step forward for the brand, already known for its high quality reels. Developed by a global team, with input from Japan, Australia, Sweden and North America, and engineered to give anglers the edge in all their fishing. Solveig Rask-Nielsen, Abu Garcia brand manager commented:“This has been a very big project for us and we have worked hard to create reels which embody what the Abu brand is about, while utilising the global research and development team we have. To win thetwo reel awards at EFTTEX is such a fantastic achievement; to win one is special enough, both is a dream. We believe this shows that these reels are something special and we believe they will have global sales appeal.”

The Revo MGX is part of the all new Revo spinning lineup from Abu Garcia. Each Revo spinning reelis a lightweight and compact design and delivers all-round performance, functionality and style. The Rocket Line Management system, a combination of bail angle, spool loop design and slow oscillation gives anglers the ability to manage line more effectively, combined with a new AMGearing system™, which delivers a tighter tolerances and improved performance.