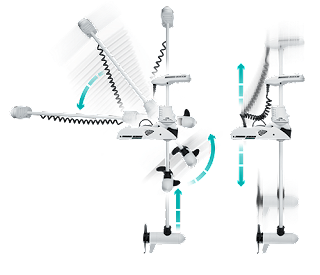 The revolutionary Riptide Ulterra bow-mount trolling motor features fully automated stow and deploy. In addition, Riptide Ulterra includes power trim, which raises and lowers the depth of the motor with the push of a button. These innovative functions, controlled wirelessly with the i-Pilot® remote, make boat control easier than ever.
“Riptide Ulterra will be a game-changer for saltwater anglers,” said Minn Kota Senior Product Manager Dave Maryanov. “They won’t have to get down from the tower or move to the bow to deploy and stow the motor, or adjust shaft length while fishing. Combine these key features with i-Pilot functionality like Spot-Lock anchoring and recording paths, and it’s clear this saltwater motor really does it all.”
Riptide Ulterra will be available fall 2015, with manufacturer’s suggested retail pricing between $1,969.99 and $2,479.99; models include 80-pound thrust with 54- or 60-inch shafts, and 112-pound thrust with 60- and 72-inch shafts. Riptide Ulterra will come standard with i-Pilot GPS functionality.
Posted by IBASSIN.COM at 12:30 PM