Morizo is an Elite Bassmaster angler who has access to the coolest Japanese gear. Stuff no one ever sees outside of his hotel room or boat lockers. One change for 2012 is he switched to Team Daiwa reels. Daiwa sent Morizo on tour with a whole batch of new reels. Not sure if these are prototype reels or Japan release only reels but hey look so neat. Often, reels along with rods, cars, clothing and watches, are different. Japanese will have twenty models yet the North American shopper only gets a sampling at the local retailer. 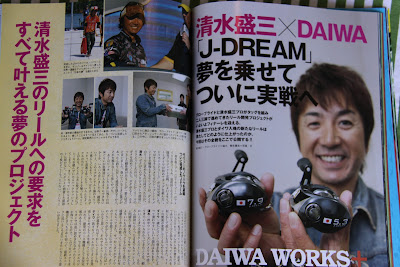 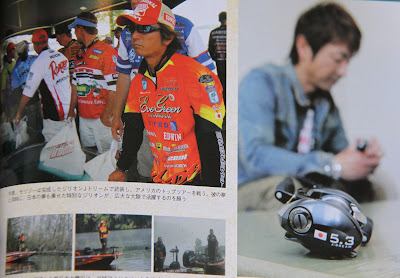 Here is a video of Shimizu at ICAST
English version:
http://www.youtube.com/watch?v=pewhWgdZsqc&feature=plcp&context=C4c26a68VDvjVQa1PpcFMEkCnXAeUoI6dAGBbfY51HGhHtnnd2VRc%3D 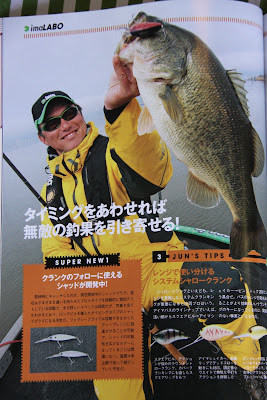 Another cool thing is that IBASSIN will be heading off to Japan in the near future for a little Research and Development. Actually, it is just to visit as many tackle shops as possible. One stop with be with this guy, Jun Shoji. He is a Japanese angler who speaks excellent English and bass. We have booked a day on Lake Biwa. Biwa is the home to the world record bass that was caught a few years ago. I've met him several times and this will be a super trip on a awesome lake.  Cannot wait to spend a day with this super star. Bass World magazine had a great story about him cranking his speciality IMA lures. Neat article with some great photography. Here is a link to his video work with us at ICAST.
English version
http://www.youtube.com/watch?v=R7o5dtGPx0M&feature=relmfu