PLATTSBURGH, N.Y. – While his official residence now reads North Carolina, David Wolak is a northern angler at heart. The former Pennsylvanian grew up fishing bodies of water like Lake Champlain and the Finger Lakes in New York. So if it looks like his smallmouth largemouth mixed-bag strategy is precise and calculated, it is. He’s been tweaking it to perfection for years, hence the nickname “mixmaster.”
Four years ago Wolak nearly won the FLW Series event held on Champlain. He finished second thanks to a late comeback from Guido Hibdon and the memory still haunts him. Or at least it did until today. While Gary Yamamoto led this year’s Walmart FLW Tour event the first two days, it quickly became obvious that Wolak had the steady, winning strategy.
Each morning he’d fish a little 30-yard rock wall formation near Carry Bay. With current and a deep depression that dropped into 20 feet of water, it was the perfect stacking place for fat smallmouths.

After accumulating roughly 15 pounds of smallies, Wolak would turn his attention to largemouths, which were meant to push him into the upper teens. On day one, he upgraded three of the smallies. On a blustery day two he caught two sizeable largemouths and on the third and fourth days four of his five keepers were green bass. His largemouth spots were mostly located in Alburg Passage and Missisquoi Bay.
On day four, things pretty much went as planned. It was a little slower in the morning than it had been due to fog, but a determined Wolak stuck with it and boated roughly 50 keepers. By 1 p.m. he caught his 5-pound kicker largemouth off a tire reef and knew it was over. When it was all said and done, Wolak’s five-bass limit Sunday weighed 19 pounds, 7 ounces, bringing his four-day combined weight to 81 pounds even. Those 81 pounds were more than enough to earn him $125,000 and his first FLW Tour win. 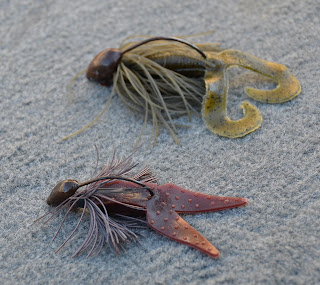