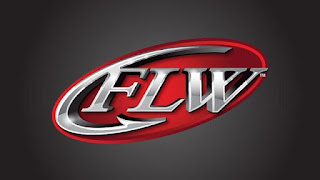 MINNEAPOLIS, Minn. – FLW, the world’s premier tournament fishing organization, has announced the 2013 Walmart FLW Tour schedule. The 2013 season will be comprised of six tournaments featuring up to 160 of the best bass anglers in the world. The Forrest Wood Cup, the world championship of bass fishing, will be held on the Red River in the Shreveport-Bossier City area of Louisiana.
Along with the FLW Tour schedule, FLW also announced that the 2013 Walmart BFL All-American presented by Chevy will be held on Nickajack Lake in Chattanooga, Tenn., in conjunction with the FLW Tour event on Lake Chickamauga in Dayton, Tenn. The annual Will Fish for Kids Charity Bass Tournament benefiting Arkansas Children’s Hospital will be held April 15 immediately following the FLW Tour event on Beaver Lake in Rogers, Ark.

Weigh-ins will be held lakeside on days one and two at all qualifying events then at the local Walmart on days three and four in conjunction with the FLW Expo, except for the Beaver Lake tournament. Weigh-ins on days three and four at Beaver Lake as well as the FLW Expo will be held at the John Q. Hammons Convention Center in Rogers. Forrest Wood Cup weigh-ins will be held all four days at the CenturyLink Center in Bossier City with the FLW Expo at the Shreveport Convention Center on days two, three and four.
Qualifying tournament payouts are unchanged, with pro anglers competing for a top award of up to $125,000, and co-anglers vying for a top prize of up to $25,000 in each tournament. With a full field, the paybacks will be $10,000 through 50th place and $4,000 through 60th place on the pro side and $1,000 through 50th place and $700 through 60th place on the co-angler side. Entry fees will also remain unchanged at $4,000 per tournament for pros and $700 per tournament for co-anglers.
2013 Walmart FLW Tour Majors pay tables

The FLW Tour Opens have been discontinued for 2013 as an adjustment to the current market demand.

About FLW
FLW is the industry’s premier tournament-fishing organization, providing unparalleled fishing resources and entertainment to our sponsors, fans and host communities. FLW is offering anglers of all skill levels the opportunity to compete for millions in prize money nationwide in 2012 over the course of 191 tournaments across five tournament circuits, each providing an avenue to the sport’s richest payday and most coveted championship trophy – the Forrest Wood Cup. FLW is committed to providing a lifestyle experience that is the “Best in Fishing, On and Off the Water,” through a variety of platforms including tournaments, outdoor expos and the world’s richest fantasy sports game – FLW Fantasy Fishing. For more information about FLW and FLW Fantasy Fishing, visit FLWOutdoors.com or FantasyFishing.com and look for FLW on Facebook at Facebook.com/FLWFishingand on Twitter at Twitter.com/FLWFishing.
Posted by IBASSIN.COM at 7:21 AM